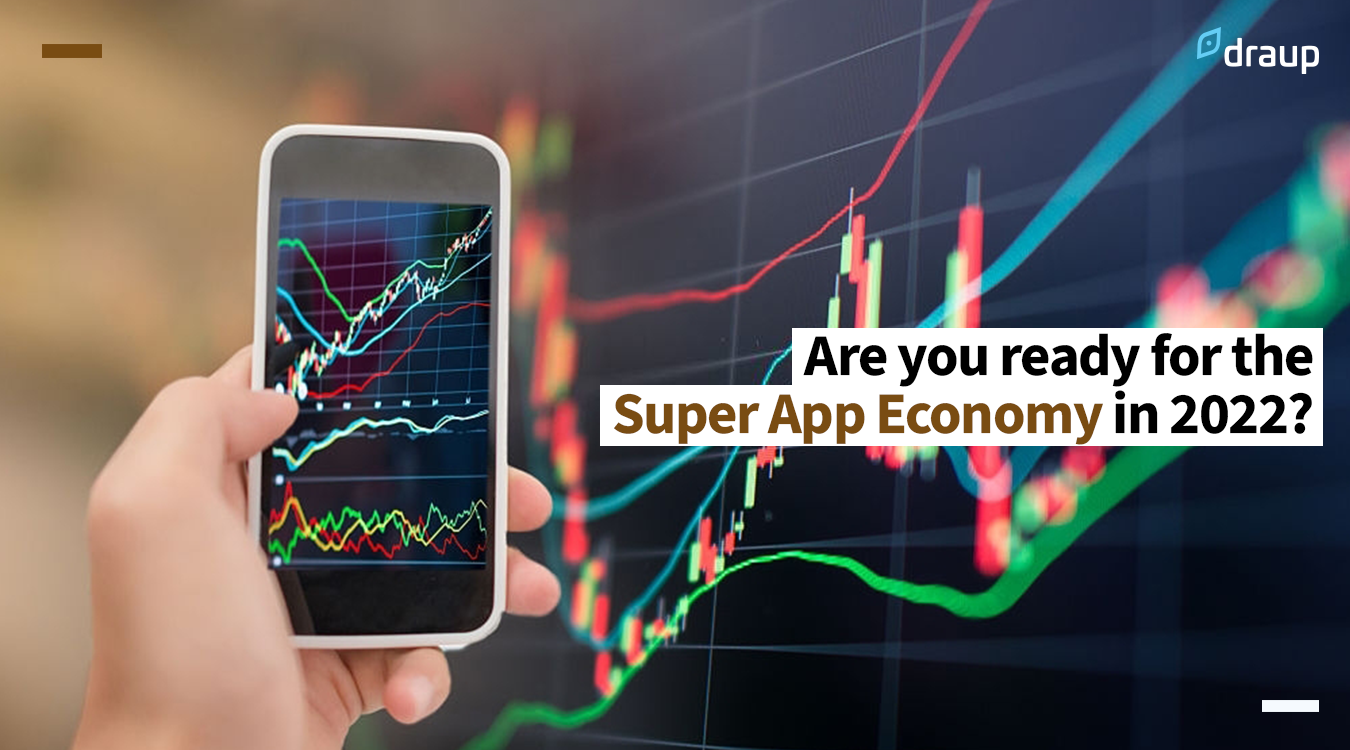 Are you ready for the Super App economy in 2022?
Subscribe to our weekly newsletter

Are you ready for the Super App economy in 2022?

According to a recent report, 51% of the world (3.8 Bn people) are internet users, increasing from 49% (3.6 Bn) in 2017. With every service now available at your fingertips, the era of digital services powered by the pandemic has started to impact all industries. In this global digitalization movement, a new breed of tech giant is emerging as the next big shift, Super Apps.

Even though Super Apps might sound like a relatively new term, the truth is they have been here for a long time and are now turning into a significant trend that businesses have to catch up with. Do you have a strategy for success in the super app economy we’re bound to witness from 2022 going forward?

We know Apps were a revolutionary concept when they were first introduced, and even today, most of our lives revolve around a few of our favorite apps. However, the keyword here is “apps,” meaning multiple, that take their own time to be used.

But what if, instead of switching between several different mobile apps, there was a one-stop portal for most of your needs? This one-stop portal is called the “Super App.”

A Super App allows a user to access several services from one single app, saving users’ time and effort and keeping them hooked into one little universe that has everything they need.

The ability to communicate, shop online, order rides, read books, play games, get food delivery and pay for anything within a single, unified smartphone app is being defined as the next-big technological shift.

Many people don’t pay attention, but we have all come across many popular super apps, including China’s WeChat and AliPay, India’s Paytm, Singapore’s Grab, Indonesia’s GoTo, Vietnam’s Zalo, and South Korea’s Kakao.

Why are Super Apps a “big deal?”

It’s a big deal in countries where smartphones are the primary form of interaction for various services. This is primarily true for developing countries where high costs of living force many people to choose what they buy very carefully.

In these areas, smartphones reign supreme because they offer a lot of things packed into one device. Super apps make it easier for people to access many services on the go and without the need to switch between apps to accomplish tasks constantly.

If we look specifically at big players such as Google and Amazon, they have already begun offering services that weren’t traditionally in their portfolios.

In the case of India, Amazon has already started to enter India’s EdTech space by offering free access to IIT-JEE courses as part of the Amazon Academy. Google has already established itself as a major player in UPI payments by offering an all-inclusive payment platform Google Pay.

Super Apps are a big deal because they are disrupting the existing services that are available to customers and gathering all needed services into a one-stop portal. This means that independent businesses are bound to take a hit unless they partner up with one of the Super Apps to feature their services.

Let us understand the significant changes that will be widely visible in the “Super App” economy.

The rise of super apps is a major indicator that industry verticals are giving way to a world driven by consumer experiences. This means global enterprises need to come together because the consumer demands more. It is probably the first time in modern history that consumer experiences are being taken more seriously than ever.

In this environment, the value of an enterprise will be measured by the value of their ecosystem as much as the value of their balance sheet. And creating an ecosystem that offers excellent consumer experiences would result in more partnerships, mergers, and acquisitions to the extent that they’re able to deliver everything to the customer.

The Super App economy will push enterprises to offer better services to their customers that will foster new partnerships, mergers, and make space for acquisitions.

For example, WeChat offers over one million services through mini programmes, which are apps created by third-party companies and accessible through WeChat.

As enterprises explore the Super Apps space, they will extract more use cases from existing frameworks and their competitors. More use cases would give rise to more robust versions of Super Apps that will take over the tech market.

Not only this, but emerging use cases will also attract more customers since the number of services offered would significantly increase in the apps.

For example, Facebook’s WhatsApp, which was traditionally a messaging app, started offering a UPI payment portal on its chat service for easier transfer of money to groups of people and is trying to add more to its services. Now, a person who needed a messaging app but also wanted to transfer money to other people would likely go with WhatsApp compared to any other app.

Every major technological shift gives space for new tech opportunities to all players in the market. When AI was introduced, it was called a risk, a disruption to existing technologies; however, it gave rise to other related technologies, including big data, Machine learning, the Internet of Things (IoT), Data analytics, and Robotic Process Automation (RPA).

Similarly, the rise of Super Apps would subsequently give rise to existing and emerging technologies pushing the trend ahead. Since the number of services are so many in number, it will become imperative for organisations to try every combination of different technologies to deliver specific services.

For example, introducing a cab-booking feature requires GPS as the primary technology and integrating an eCommerce store requires Cloud, but adding a personal assistant needs GPS, Cloud as well as Big data and AI/ML on the backend.

How the Metaverse fits in

Super Apps engage and keep the customer hooked on to them because there’s no need to jump to another app when one app offers everything the customer needs. A Super App creates an ecosystem or a universe where the user’s time is monopolized, and there is no need for them to use a variety of apps.

This is also being considered as the next step towards the “Metaverse,” a widely popular term for a digital universe users can “live” in through AR/VR. Super Apps are the 2D version of the Metaverse since they don’t offer AR/VR-based immersive experiences yet. However, as the Metaverse turns into a living reality, these apps would be a part of that universe in an immersive format.

It is likely that Super Apps will soon move to the Metaverse and could be made available to access in 3D. While the metaverse is still coming up, many companies are already exploring its potential. In the Crypto space, Decentraland and The Sandbox are notable projects, but big companies like Microsoft, Nvidia, and Facebook are also getting involved. As requied technologies advance, we will likely see exciting new features in these virtual, borderless worlds. 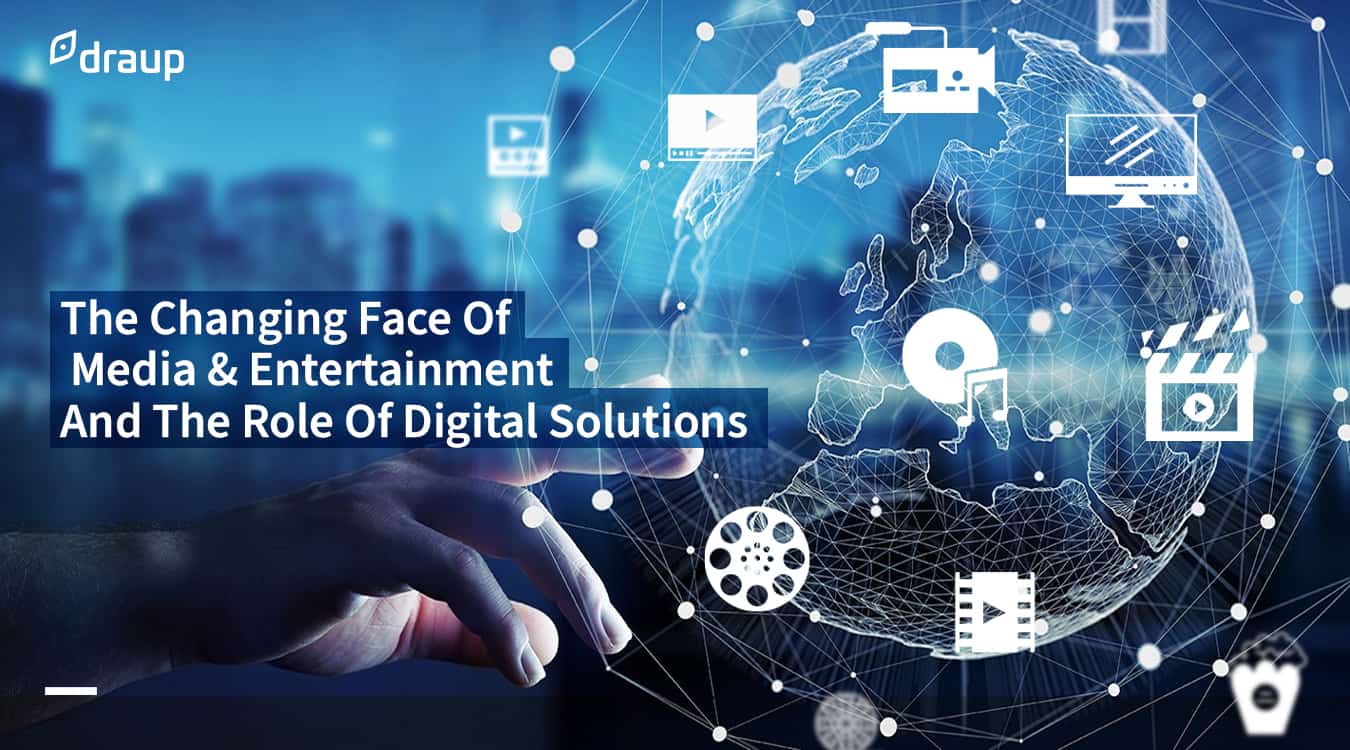