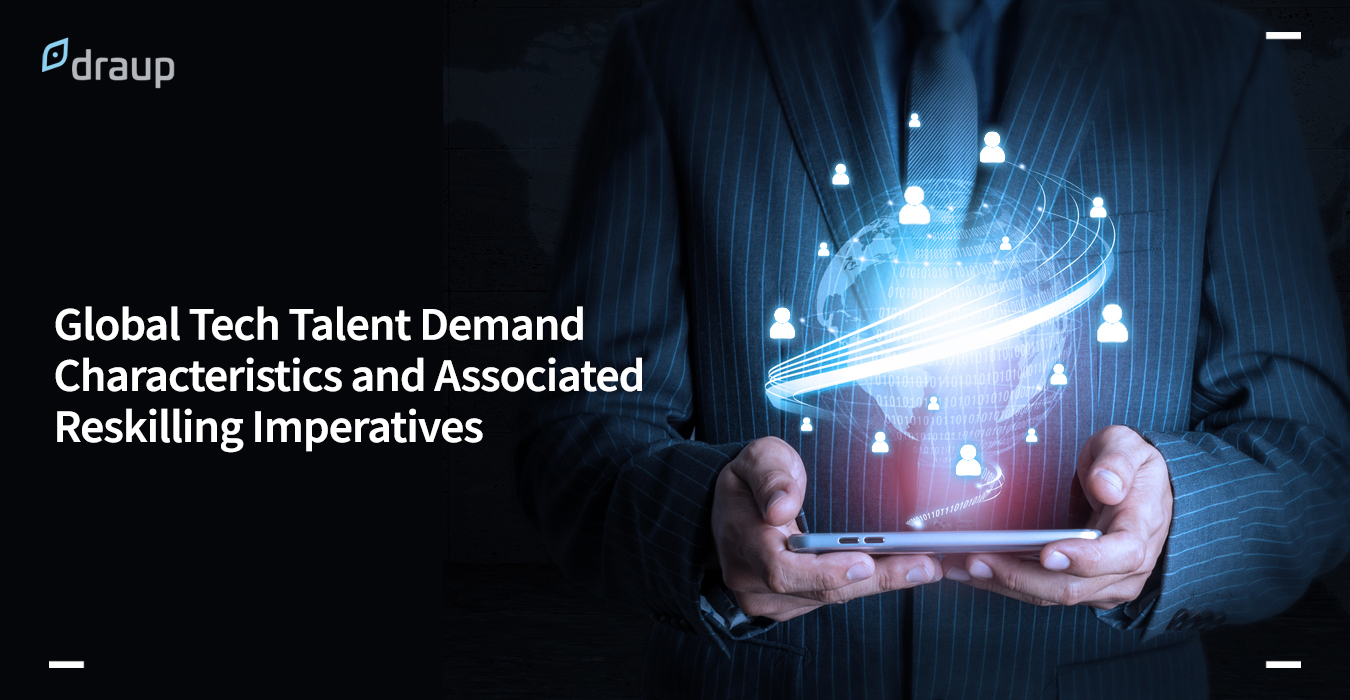 Even according to the most optimistic model, the tech talent gap will still reach 8 Mn+ by 2026.

The digital transformation acceleration, partly due to the ongoing pandemic, has taken most talent strategists by surprise.

Digital use cases are maturing at a surprising pace across industries. In the past decade alone, the world has witnessed the rise of cutting-edge solutions such as:

…just to name a few

Given that in just the first half of 2021, over $288 Bn of VC funding has poured into tech companies and 250 unicorns have emerged in the same span, it is clear that the tech talent war is about to become severe.

In fact, the global average time-to-fill a tech position now stands at a record 50+ days.

It’s not just organizations, even countries are becoming aware of the evolving talent demand scenario.

In today’s largely skills-based economy, countries with a higher share of in-demand skills have a higher GDP growth.

Keeping this in mind, countries are eager to attract tech talent to their home-grown ecosystem.

While the US committed a misstep with their recent policy implementations and rising anti-immigrant rhetoric, countries such as Canada, Australia & even Japan stepped up efforts to pitch themselves as an attractive destination.

Today, Toronto, Montreal, and Vancouver are recognized as global tech hubs, thanks largely to their liberal program of offering permanent residencies. Over 40% of Canadian tech professionals are immigrants, and since 2016, Toronto has created more tech jobs than even the Bay Area.

Meanwhile, Australia is trialing similar incentives by increasing the cap on professional visas 3X to 15,000.

Even within the US itself, tech talent is migrating to Midwest cities from San Francisco and other well-established hotspots.

The shifting of talent hotspots can be best illustrated by Apple’s efforts at building a team in Columbus, Georgia by working with local universities and companies.

Shifting talent hotspots is not just due to talent migration, but also in part due to company’s efforts to build more diversity.

With companies more willing to look at tier2/3 cities for talent, it is helping them to unlock the benefits of diverse talent pool as well.

Over 44% of women are not a part of the labor force. Oragnizations are now trying to tap into this latent talent pool with remote-working, flexible schedules and overall family-oriented policies. Labor participation rates among neuro-diverse individuals is also a subject of active discussion among talent stakeholders today.

83% of autistic adults are unemployed, and by finding the professional expectations and aspirations of neurodiverse candidates, employers can leverage this talent

However, the fact remains that most of these newly unlocked sources of talent are not adequately equipped with new-age skills that are pioneering global digital transformation efforts. This is unfortunate, because tapping into this emerging skillsets is a sure short way to ensure career sustainability & be a part of the future of workforce.

Reskilling to Bridge the Skills Gap

While focusing on diversity hiring could help bridge the gap to a certain extent, it is still far from being a panacea. In combination with strategic upskilling & reskilling thought, organizations can expect significant boosts to their talent pools.

Depending on their use case, companies can leverage skilling exercises to:

Below, we can see how a starting role can be mapped out to a target role and all the potential in-between roles that can be leveraged along the way. Reskilling & upskilling are very flexible by nature allowing talent to pick and choose skills that enable them to transition to a role of their choice. 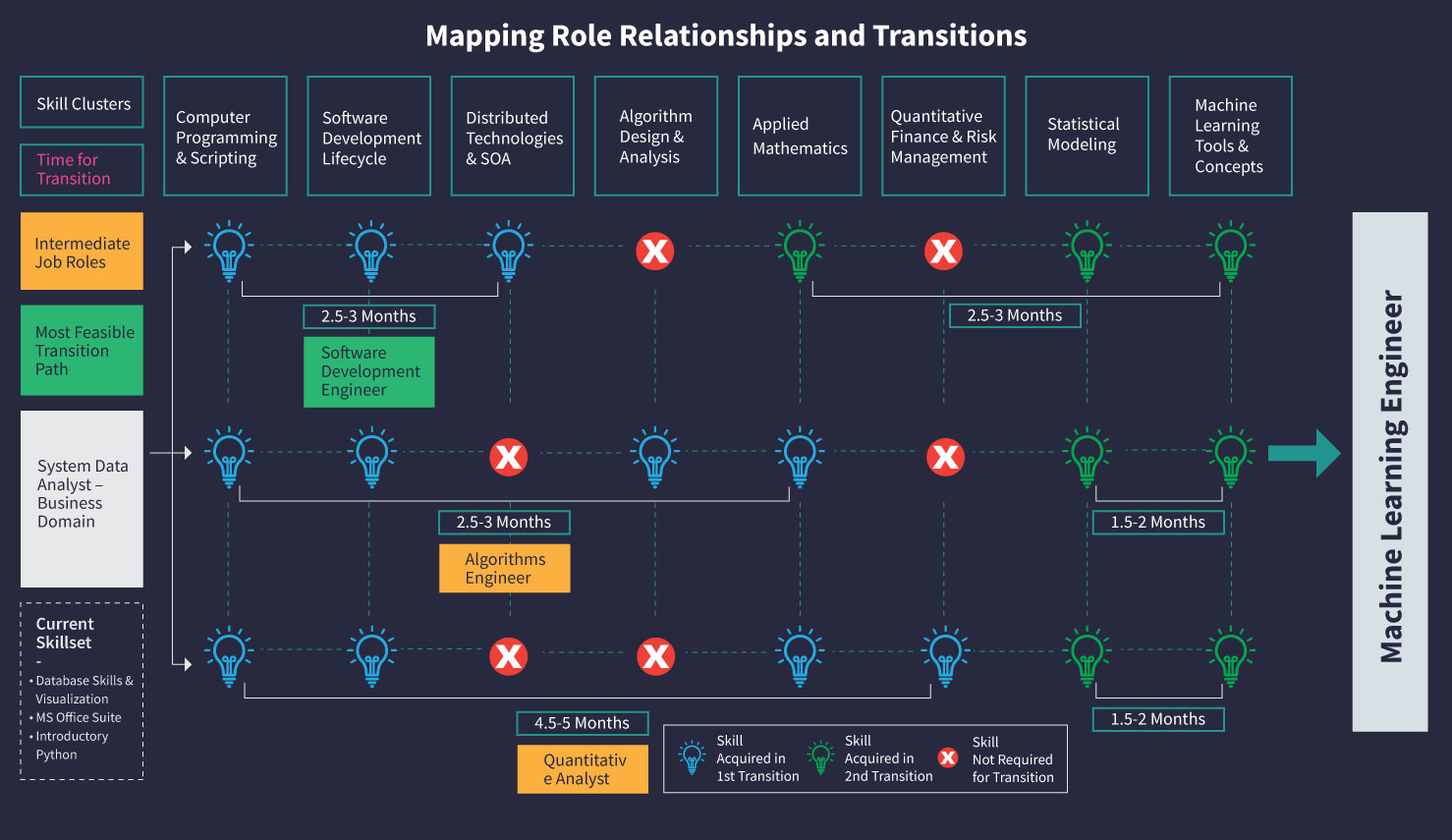 However, we are yet to witness stakeholder singing praised about reskilling/upskilling. This is because the ground reality so far has been only a fraction of the actual potential of reskilling. RoI from reskilling initiatives are yet to unfold and in cases where they have, it has failed to impress stakeholders. But this is more due to a lack of systematic strategies in implementing reskilling than some fault inherent in reskilling itself.

Modern talent intelligence platforms are at the forefront of helping organizations deliver cutting-edge reskilling programs to their employees and enable them to transition to a sustainable and in-demand career.

This blog was prepared from a keynote delivered by Vijay Swaminathan, Founder & CEO of Draup as part of the Zinnov Confluence -India 2021 event.

View the full talk below:

How Reskilling can Help Build an AR-Ready Workforce
Reskilling 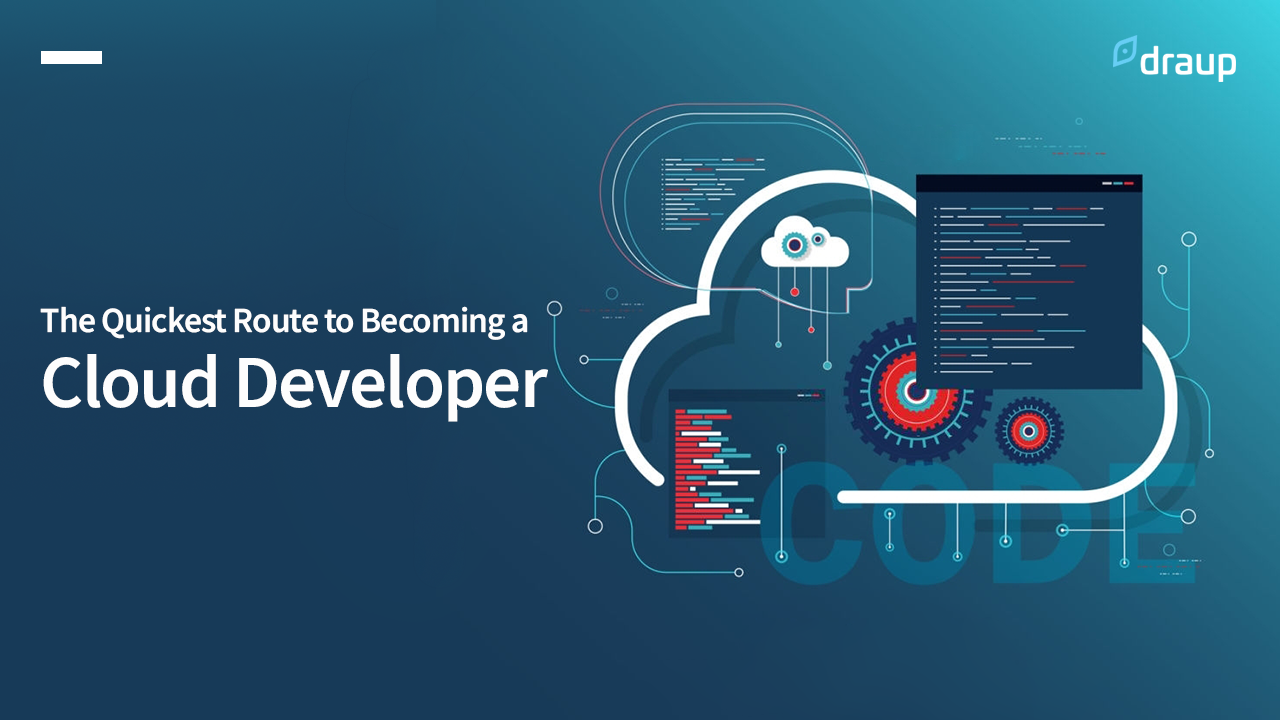 Building a Cloud-Ready Future: A Guide to Becoming a Cloud Developer
ReskillingTalent Management