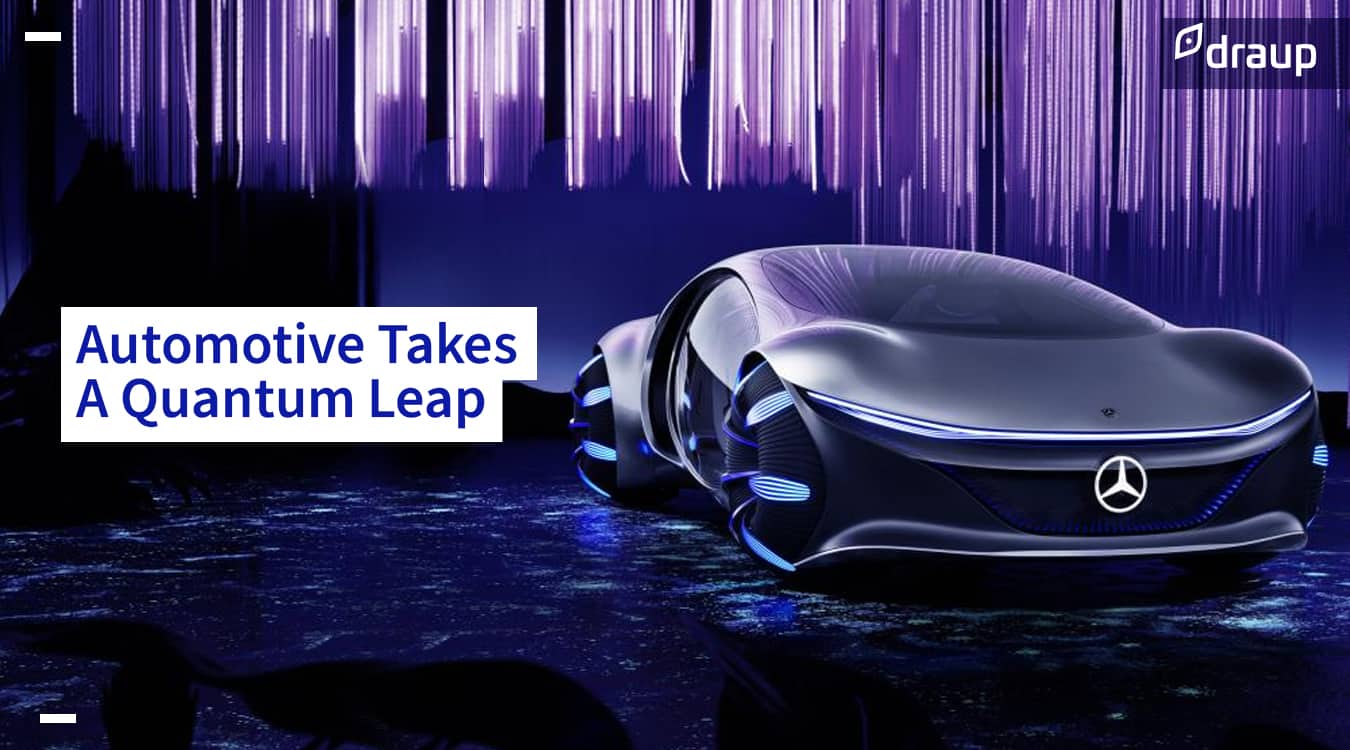 Automotive Takes A Quantum Leap Subscribe to our weekly newsletter

Currently, QC is at a stage where a properly programmed classic computer can discredit the merit of an improperly programmed quantum computer. That has not stopped the automotive industry from keeping its ear to the ground tracking every minute advancement in the field of quantum computing. QC has potential that automotive understands and needs, making it the ultimate torchbearer of QC. 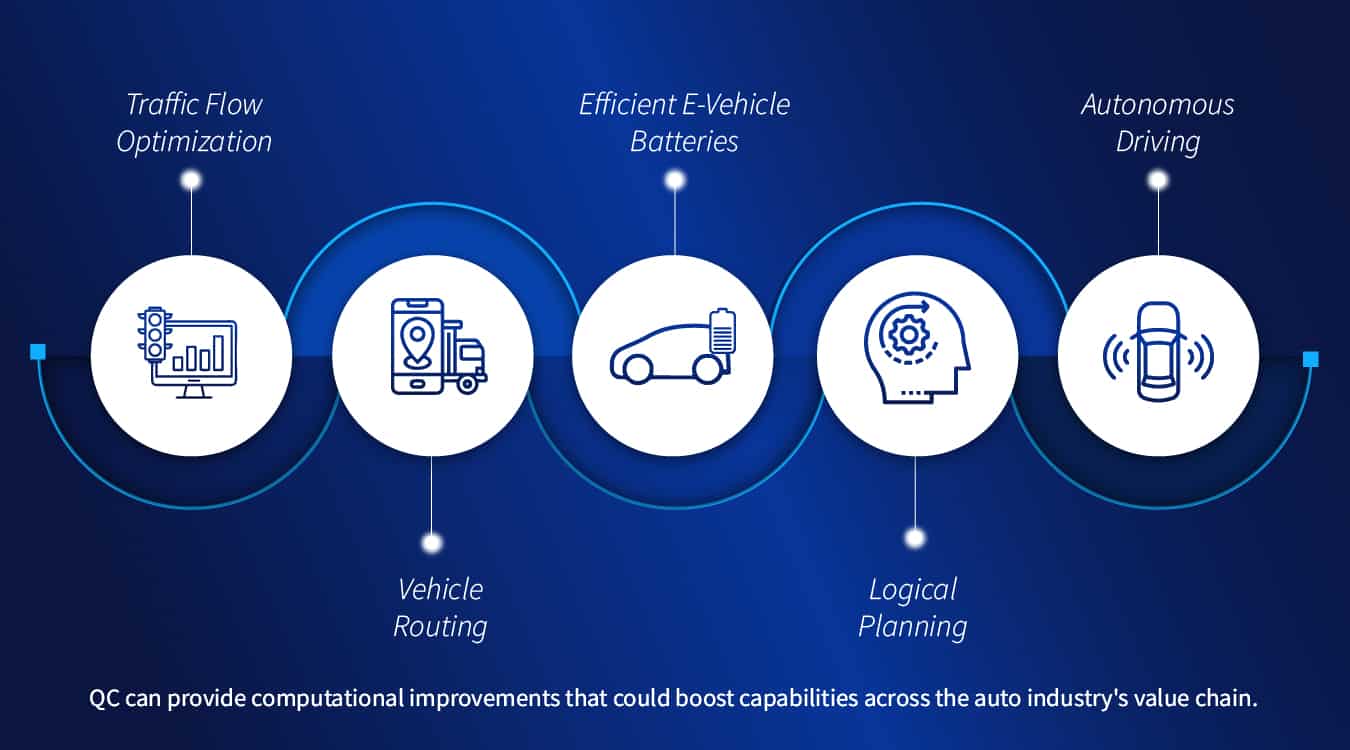 In 2017, Volkswagen and D-Wave Technologies collected data from 10,000 taxis in Beijing and optimized all public taxis’ travel time by programming the data. The German automaker was the first one in the automotive industry to join hands with a quantum computer company and leverage data to optimize traffic flows and ease congestion.

Volkswagen has quantum-fold expectations from QC. The carmaker believes QC will be the answer to creating ‘intelligent mobility solutions’ through autonomous driving, robotic manufacturing, and machine learning. It is no wonder two years later, Volkswagen partnered with D-Wave for the second time to optimize traffic flow in Lisbon. Optimizing traffic flow helps improve urban productivity and reduce air pollution.

Ford signed a $100,000 deal with NASA in 2018 to use the space agency’s quantum annealing system. The partnership allowed Ford to up to 3 optimization scenarios into Quadratic Unconstrained Binary Optimization (QUBO) — a form of input accepted by the $15 million D-Wave Artificial Intelligence Laboratory (QuAIL) 2000Q.

Unlike Volkswagen, Ford, the fourth-largest carmaker, did not invest directly in quantum hardware. By using NASA’s quantum computers, Ford could save substantial capital and still find solutions to a complex problem that traditional computers could not solve. D-Wave’s 2000Q, a quantum annealing system (like Volkswagen’s one in Beijing and Lisbon), provided the most efficient route solution around a territory (consisting of multiple cities) to Ford’s ‘traveling salesman problem’.

In 2019, Ford partnered with Microsoft to explore quantum-based results to ease Seattle traffic congestion. Instead of using an actual quantum computer, Ford went for a quantum-inspired approach that delivered a ‘balanced’ route optimization against the ‘selfish’ route optimization that traffic apps are known to provide. In only 20 seconds, the solution traffic algorithm cut down Seattle traffic congestion by 73% and the commute time by 8%.

In the last quarter of 2017, Toyota Tsusho and Denso conducted a joint experiment using D-Wave’s 2000Q quantum computer. The research processed traffic data from 130,000 commercial vehicles in Thailand based on their vehicle location and travel data in real-time. Denso would then use the findings to create an algorithm to be placed inside Thailand’s #1 traffic information provider (which receives 140,000 GPS across the country) to make transportation more efficient and decongest traffic and optimize traffic for emergency vehicles.

The power of quantum computing lies in its innate ability to assess real situations and capabilities even before they are a reality. To put it differently, QC can churn out calculations in less than 4 minutes that would take 10,000 years by the faster traditional computer we have today.

QC has a significant role to play in the evolution of electric cars. QC allows electric carmakers to explore possibilities that are non-native to the electric car making DNA. Using QC, electric automakers can employ traditional car manufacturers’ production technologies in fuel tanks and tubing to produce cooling circuits for EV batteries.

In January 2020, Mercedes-Benz partnered with IBM to discover new materials for advanced batteries in electric cars. Daimler, Mercedes-Benz’s parent company, will be investing $1.13 billion in global battery production, as electric vehicles will represent 15-25% of total sales by 2025.

Daimler is also partnering with Google to discover modern, sustainable, and efficient mobility solutions and near-future applications. Volkswagen also has signed a QC deal with Google to simulate and optimize high-performance batteries for electric vehicles. 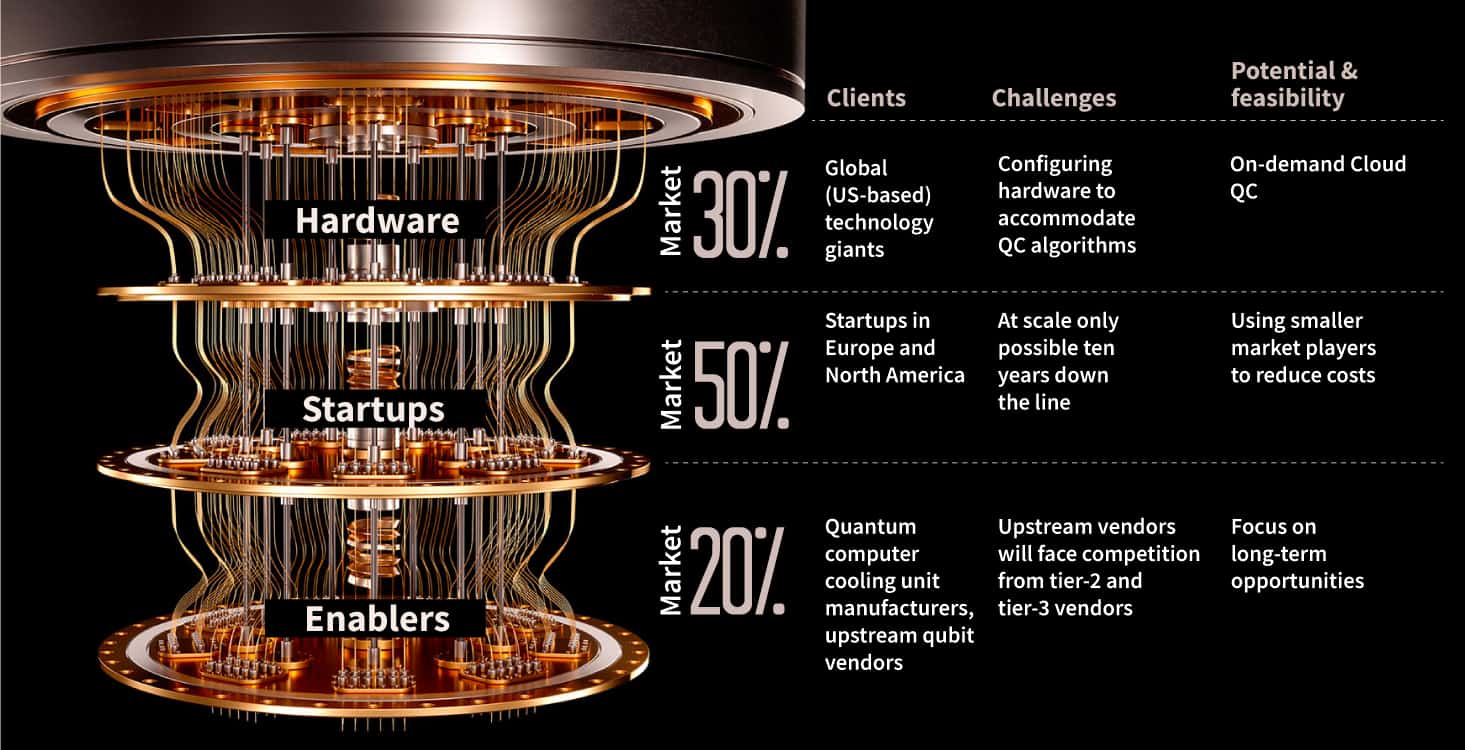 Despite AI having been around for over six decades, it took the pandemic to make organizations realize just how vital AI skills were. With QC having gained practical relevance only over the last five years, the talent shortage for QC-based roles is at its peak. Unlike specialists in other STEM fields, a quantum scientist must have skills in all four STEM areas.

In India, amid the pandemic waves, Microsoft, under the initiative of the Ministry of Electronics & Information Technology, announced that it would be reskilling 900 academicians from across the country through Electronics & ICT Academies at IIT Kanpur, IIT Guwahati, IIT Roorkee, MNIT Jaipur, NIT Patna, IIIT-D Jabalpur, and NIT Warangal. In the USA, the National Quantum Initiative, the U.S. Government announced five specialized quantum research centers with a total investment of $625 million.

Traditional computer programming is a lot easier than programming a quantum computer. While software developers do not need any specialized courses to start their quantum journey, they need a big push towards QC programming. They need to be given adequate reasons why QC has a higher potential than traditional computing.

As the demand for quantum specialists has only begun, the unavailability of quantum talent is not noticeable. But as aptly put by Martin Hoffman, Chief Information Officer, Volkswagen, “Quantum computing technology opens up new dimensions and represents the fast-track for future-oriented topics. We at Volkswagen want to be the first to use quantum computing for corporate processes as soon as this technology is commercially available” — those who can adopt QC the fastest will stand to benefit from it the most.

As an employer, you can reskill your employees in quantum computing by using Draup for Talent’s proprietary Talent dashboard. Draup allows you to test, iterate reskilling models, and develop a sustainable learning and development framework for identifying necessary skills and developing tailored learning journeys. 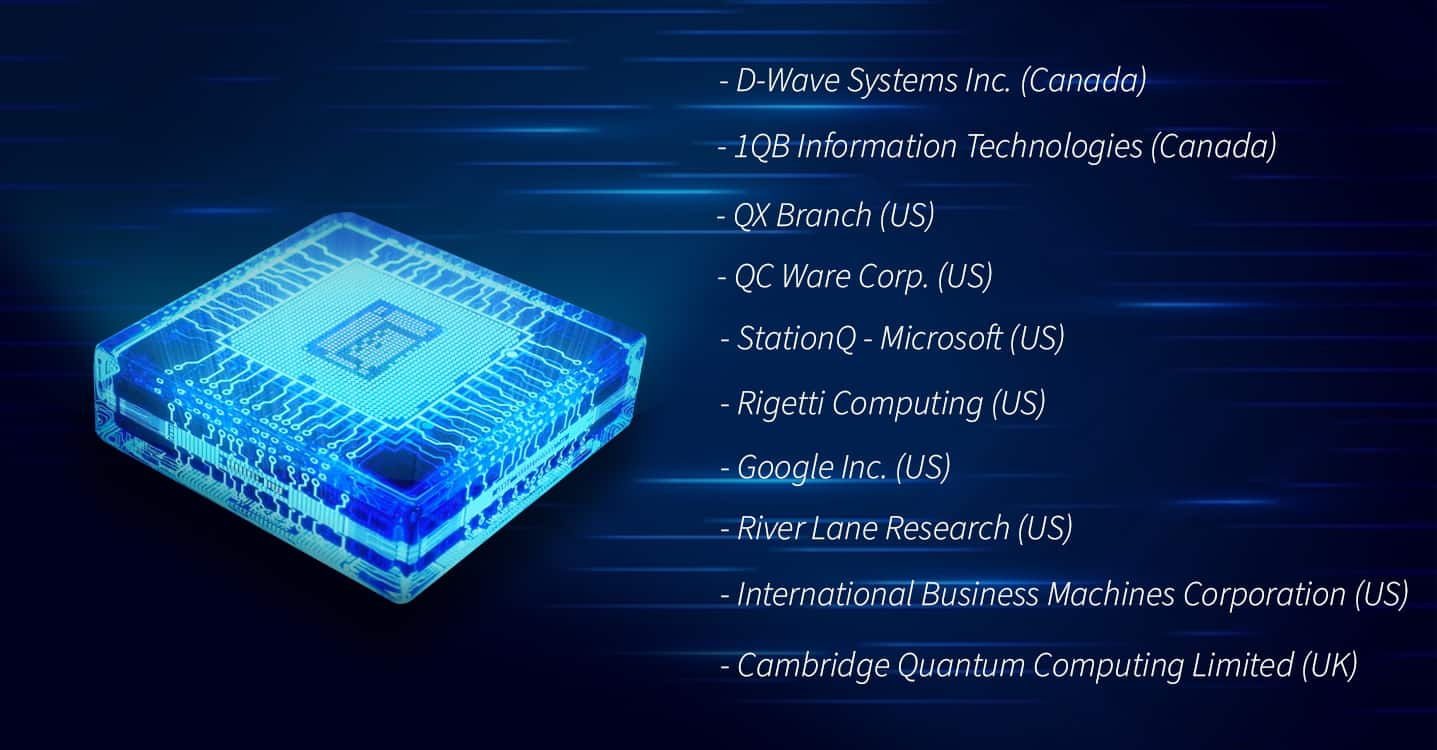 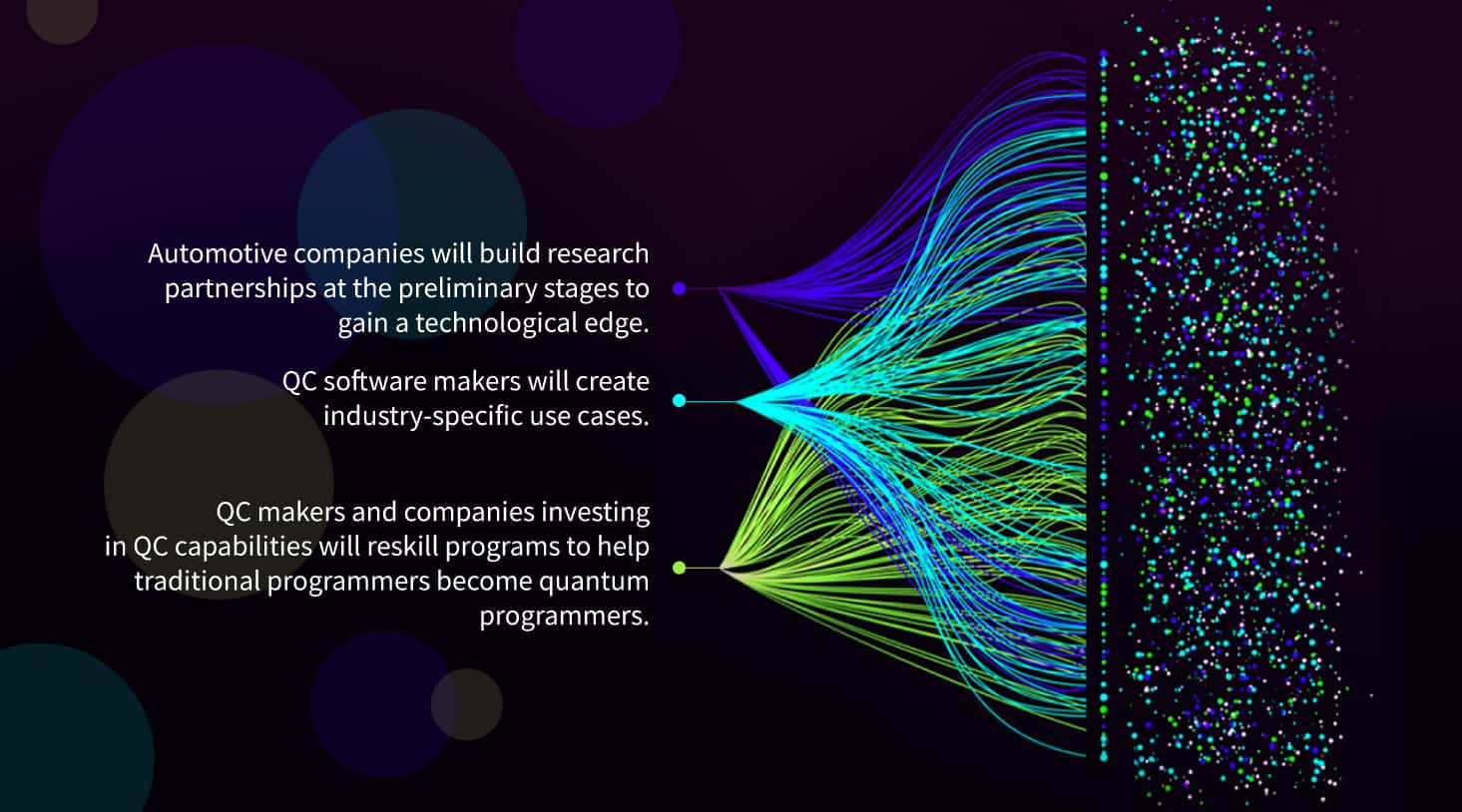