A Report On The Quantum Computing Talent Ecosystem & Emerging Use Cases 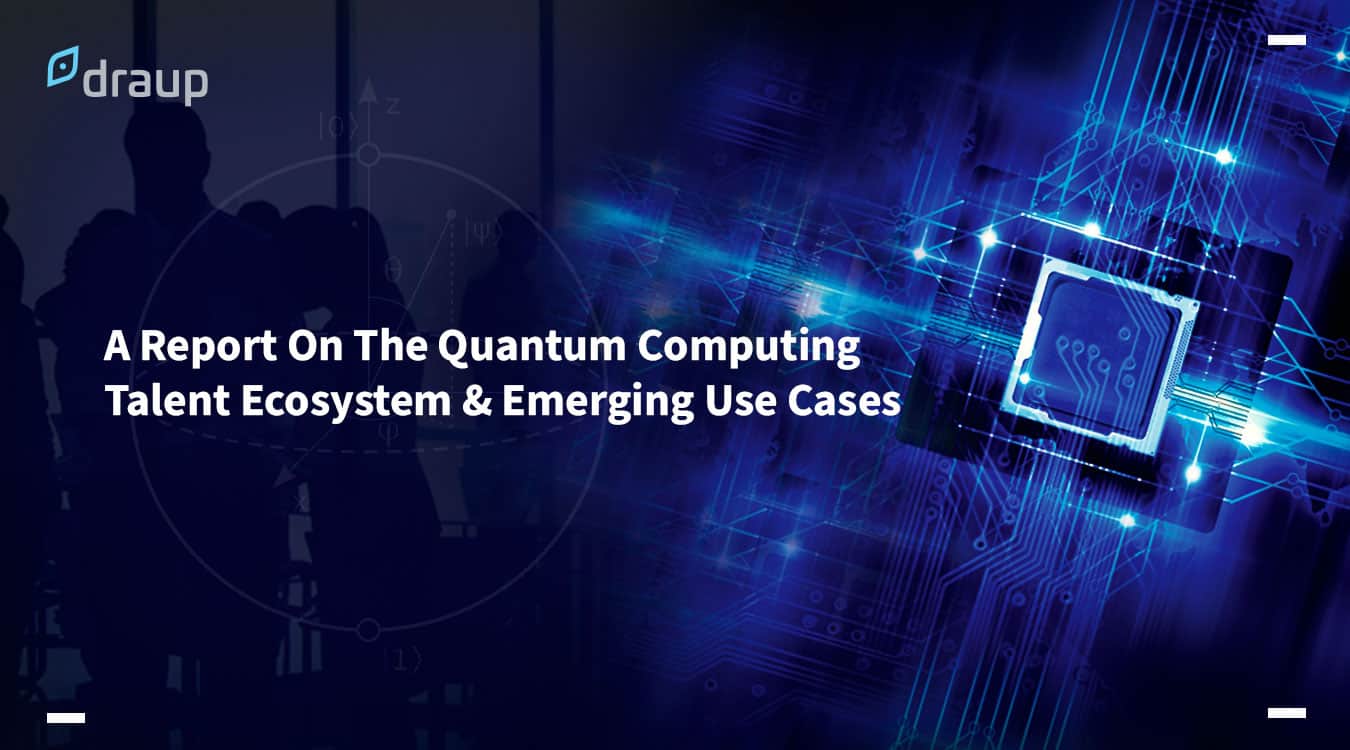 In late-2019, news that Google had cracked the quantum supremacy puzzle took the high-powered computing world by storm. In a Nature article, Google claimed that their 54-qubit processor, named Sycamore, had performed calculations that were deemed almost impossible by classical computers, or, in this case, would take them about 10,000 years.

Today, the market for Quantum Computing is growing at a CAGR of nearly 25% YoY and is estimated to be a USD 2.5Bn Market by the end of 2022.

To the average industry spectator, quantum computing sounds exciting and equally confusing. Where your classical computers, i.e., the computer on which this article is being typed, uses 0s and 1s to orchestrate the switching of transistors to run logic, a quantum computer uses something more nuanced and stranger, the qubit.

This quantum bit, in addition to existing in the classical 0 and 1 state, can also exist in a superposition of 0 and 1 state. This additional entangled state means that an n-qubit quantum number can store 2^n bits of information instead of the classical limit of n-bits.

This is precisely what Google & other key players are utilizing to build the future of high-powered computing and build fully programmable quantum computers that can run general-purpose quantum algorithms. Since the announcement, Google’s team has already been working on near-term applications in quantum physics simulation, quantum chemistry, generative machine learning, and other areas.

However, it’s not just Google that’s in the foray. D-Wave, IBM, Microsoft, Toshiba, Alibaba, Lockheed Martin & Rigetti are a few other players that are betting big on quantum computers.

Of these, Rigetti Computing & D-Wave systems are among a new breed of startups that have propped up entirely around the quantum computing ecosystem.

Across the Atlantic, Rigetti UK has partnered with Oxford Instruments, University of Edinburgh, quantum software startup Phasecraft, and Standard Chartered Bank to accelerate the commercialization of quantum computing in the UK. The three-year program operating at the cost of £10 million will build and operate the first quantum computer in the UK, make it available to partners and customers over the cloud, and pursue practical applications in machine learning, materials simulation, and finance.

It’s still early days, but where quantum computing shows the most promise is in simulating molecules and molecular processes. A recent player focused on dealing with the computational complexity of molecular simulation, specifically protein behavior, is Toronto-based biotech startup ProteinQure.

The aim is to accelerate the path to drug discovery by engineering proteins targeted for medical purposes.

Quantum computing’s USP is not just the speed at which it solves problems, rather, it’s the wide variety of previously unsolvable problems that it can solve.

Optimization problems like “the traveling salesman” are now within reach of a solution, more or less, thanks to quantum algorithms.

D-Wave and Volkswagen have already run pilot programs on a number of traffic- and travel-related optimization challenges. This includes streamlining traffic flows in major metropolitan areas like Beijing & Lisbon. In Lisbon, Volkswagen is partnering with public transport providers to equip buses with a developed in-house traffic management system. This system uses a D-Wave quantum computer and calculates the fastest route for each of the buses individually and almost in real-time.

A Quantum Model For Financial Risk

Quantum and financial modeling are a match made in heaven due to their structural similarities.

Specifically, firms like JP Morgan Chase are interested in optimizing the Monte Carlo model, which gauges the probability of various outcomes & their corresponding risks.

In a research paper published in 2019, JPMorgan’s Quantitative Research team collaborated with IBM and proposed a methodology to price contracts using quantum computers.

Quantum Is Changing What It Means To Be Cutting Edge

From cybersecurity to weather forecasting, drug discovery, electronic materials discovery, AI, and others, use cases for quantum computers are increasing by the day.

In ML/AI, quantum algorithms are being used to help artificial neural network optimizations to speed up ML-based complex problem-solving. And given the fact that most modern cryptography techniques break down in front of a quantum computer, Quantum Cryptography, too, is finding widespread laboratory time. The technology uses individual photons for the development of a cryptosystem to provide unbreakable security is a topic of much discussion.

The upcoming increase in connected devices & sensors after the 5G network roll-out will also force companies to leverage quantum-safe solutions to protect personal data from breaches and theft.

Forward-thinking organizations keen to bank on these applications should begin to model their in-house talent pool based on these future applications.

After analyzing the Top 15 companies from the global Quantum Computing Ecosystem, Draup has identified that typically all relevant Job Roles can be mapped & structured across 5 unique Job Clusters. 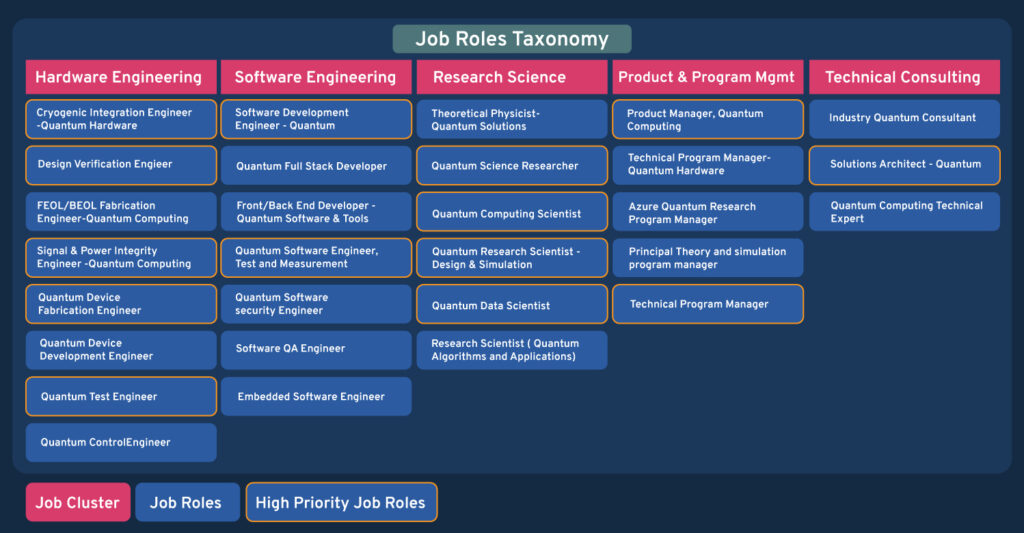 While the job roles taxonomy looks promising enough, the question remains: Where is all the talent?

To answer this question, Draup has analyzed all the major hotspots of quantum computing globally. Our analysis indicates that the US is the largest hotspot of Quantum Computing talent pool. With the presence of top universities such as Stanford & MIT, and a near-limitless supply of fresh talent pool, it’s no surprise that the US has emerged as a quantum computing pioneer.

The US has a talent pool of approximately 1,800 Quantum Computing professionals. Greater New York Area & San Francisco Bay Area are the top 2 hotspot locations based on talent pool availability. 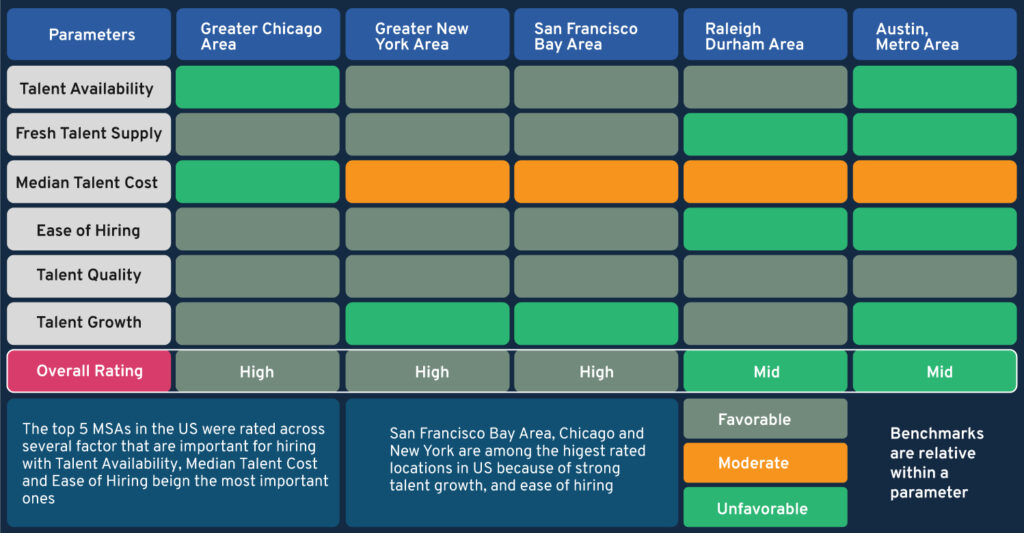 Figure 1: Most Favored Locations For Quantum Computing Talent in the US

Key players like IBM and Microsoft have made the right moves by making their presence felt across all the above favorable locations.

Other locations where talent availability is high include London, Paris, Bengaluru & Singapore.

However, as the technology matures and the use cases rise, we expect talent availability to increase proportionally, especially in high-tech talent areas like Bengaluru & the Silicon Valley. 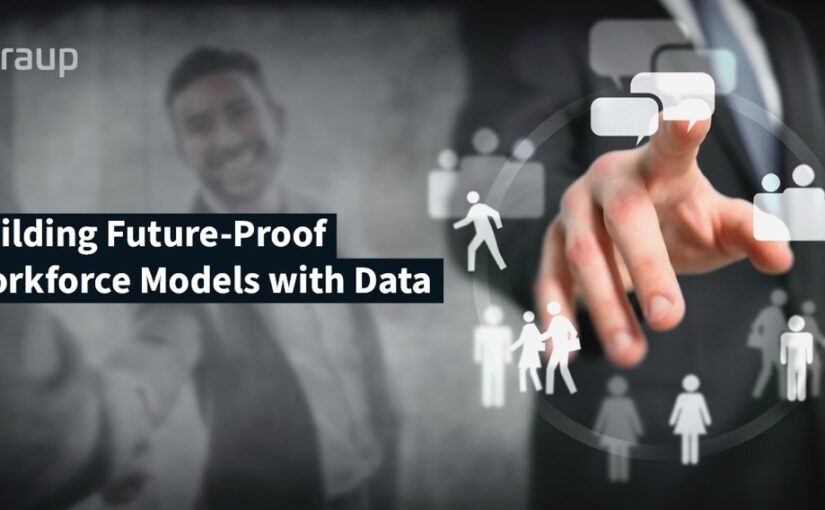 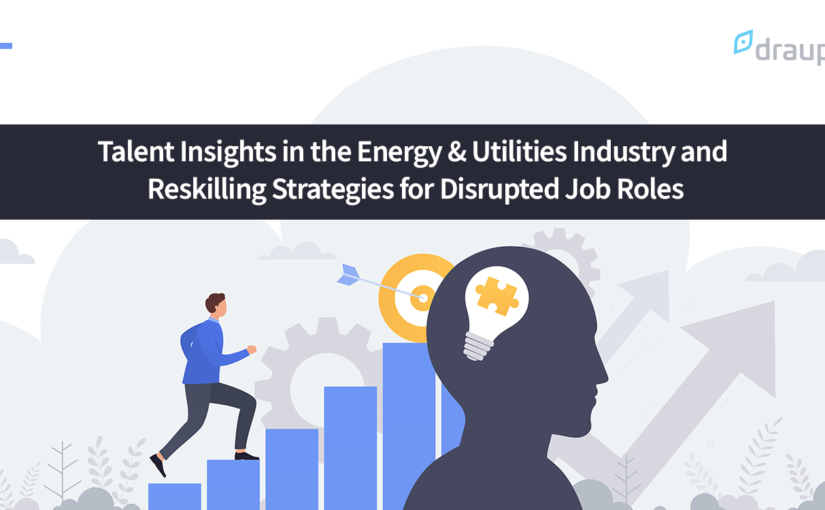 How can Talent Intelligence Close the Workforce...