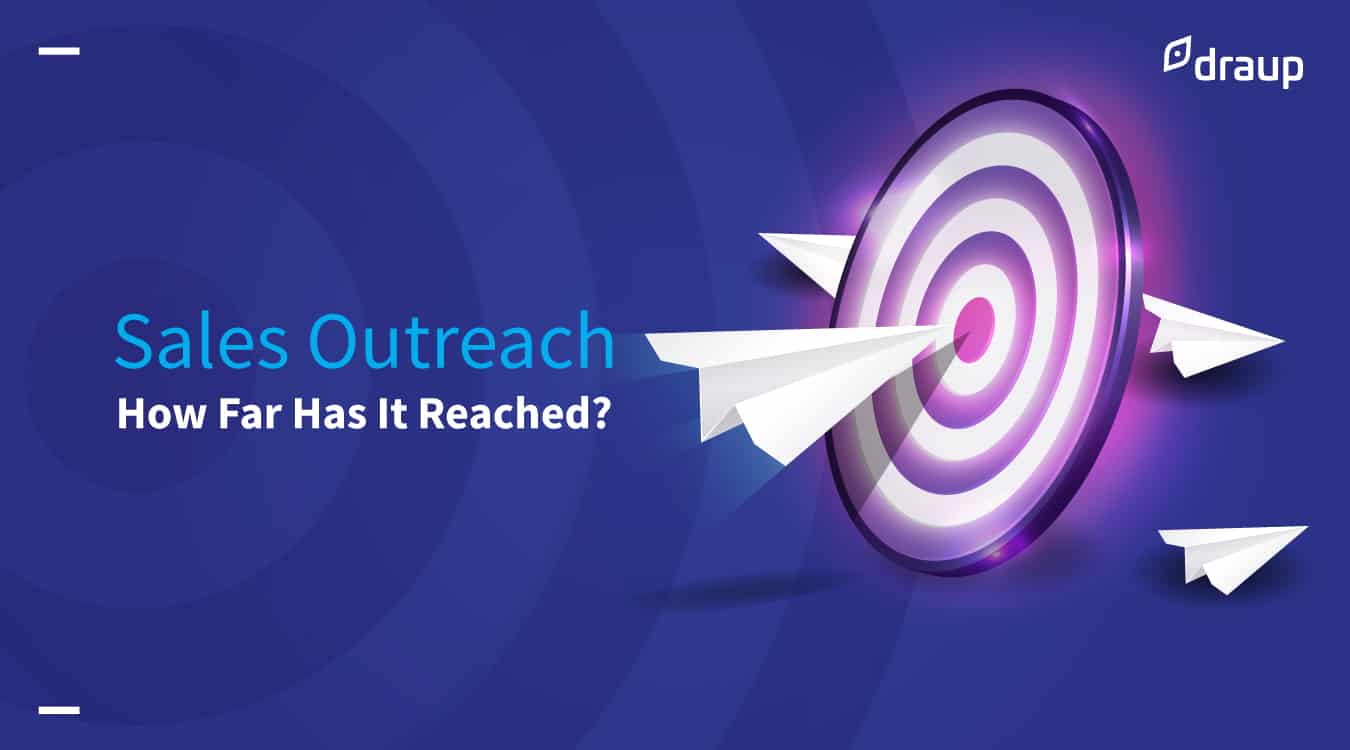 Sales Outreach: How Far Has It Reached?
Subscribe to our weekly newsletter

Sales Outreach: How Far Has It Reached?

Focus on the pitch

Newly formed companies often believe that everyone is their consumer. They believe that what they must sell is viable for a larger base. Their research denies it.

But the companies refuse to believe that they need to streamline their focus on a few avenues and channelize their sales outreach strategy on a specific set of the audience instead of going after everyone.

The problem with going after a more extensive audience base is two-fold. On the one side, there is the cost factor. Going after an audience that is resistant to your sales efforts and does not reciprocate means having to invest a larger sum in attracting and converting that difficult-to-target audience base.

Also, even if there is a conversion, there is no guarantee that they will repeat the business.

Therefore, the cost to acquire does not justify the returns. On the other side, while some companies are trying hard to acquire an audience set that is too hard to acquire, competitors are lapping up the audience that were not given enough importance by the companies who thought the easy-to-acquire audience did not need much efforts or convincing and took them for granted.

This means, not only did Company A lose out on acquiring a difficult-to-acquire audience, but it also lost out on its view audience, who would have given their business to Company A in a heartbeat.

The importance of sales outreach strategy

There’s an ocean of difference between sales outreach programs designed for acquiring a B2C consumer and a B2B consumer. Unlike targeting the direct consumer, a B2B targeting requires deeper sales strategy. In B2B selling, the pitching company must be aware of all the company’s challenges it is pitching to.

In a B2B selling scenario, you are never selling to one individual, you are selling the business to a board, a commitment, or a team of procurement specialists. Because there are so many people involved in the decision-making process, your sales outreach strategy must be on point.

Before the pandemic, sales often depended on in-person meetings and networking. With several layers of bureaucracy and several gatekeepers, talking to the key decision-makers was long and stressful.

The pandemic has changed this course. LinkedUp Sales, a targeted lead generating company, was able to close on a USD 2.9 Mn transaction in a few virtual meets, which otherwise would have taken the company over six months to do the same.

COVID-19 has changed the way sales teams target prospects. With the increase in data-driven segmentation, sales teams can target their audience more precisely than ever before.

Outreach sales engagement teams used to run on adrenaline and motivation before date could step in. In the current market, an outreach has better impact when sales teams factor in signals such as expansions, deal renewals, events, executive movement, financial and market activity, new product launches, partnerships, product recall, new product development, and mergers and acquisitions.

Unlike the audience part where more does not mean more business, with outreach, when sales teams have more data, they can pitch better.

It takes seven emails for an average sales rep before an impact is made with the prospect. Whereas it takes only four emails for a seasoned sales rep to get a response from a prospect. Even though 90% of responses take place within five weeks, many outreach sales engagement reps spend thirteen weeks trying to get the attention from one prospect.

Smart sales reps know when to give up and move to a better prospect.

With Draup’s sales intelligence tool, you can prioritize prospect targeting for long-term and short-term collaborations with relevant strategic and tactical signals such as deal renewals, mass hiring index, executive movement, partnerships, mergers and acquisitions, and new product development. When there are at least seven decision-makers involved in a 500-employee company, you want the intelligence to impress them in your favor. Draup helps you do that.

Let's get in Touch!

Draup is the perfect reference tool for Enterprise Decision Making. Get in touch with us to know how we can solve your enterprise decision making problems and assist you in your digital transformation.