In the late 1990s and early 2000s, newly graduated engineers (regardless of their specializations) rushed to learn the then newly invented Java language.  Somehow across all sections of the societies, Java was viewed as the key to success.  This push started like wildfire, and parents demanded that their kids learn Java, regardless of their discipline.  This learning push led to the dominance of India in IT services and subsequently the dominance in Software Development.  History often offers deeper insights for us to look into the Future.  The same phenomenon happened in Eastern Europe.  The US companies demanded Indian IT companies a different option than India’s service centers.  This request meant more IT services firms in Eastern Europe from late 2005, which became a software hub.

How can we use this learning and look forward? – How do we forecast?

Let us now look at an exciting survey from World Bank – Enterprise Surveys.  From 2010 to 2020, the World Bank has been tracking the learning metrics across enterprise companies from different regions.  Look at Latin America.  More percentage firms are training and more proportion of workers are getting trained in each of those firms.

We recently conducted one exciting experiment.  Within the digital stack, we studied high-demand skills, and how many of those skills are taught by universities in Mexico.  The light blue cells are the unmet aspects, but we see encouraging signs if you look at the Darker Blue cells.  The Universities are already preparing the students in those areas.  This progress is phenomenal by the universities in Mexico.  Yes, there are gaps, but imagine the state ten years from now!

Mexico:  What is the market demanding, and how ready is a computer science Graduate?  A promising evolution

Our informal survey shows that many leaders do not understand the Latin American market correctly.  It does require some experimentation.  Let us look at the demand across digital.  This view is powerful.  Companies are trying to use Argentina from an IT stack, and in Mexico and Colombia, they are pushing and expanding into Software development.  Imagine developing a map like this across the World, and now that you understand the history, you can develop a model

Argentina is used more in the IT stack, whereas Colombia and Mexico are climbing up to Software Stack 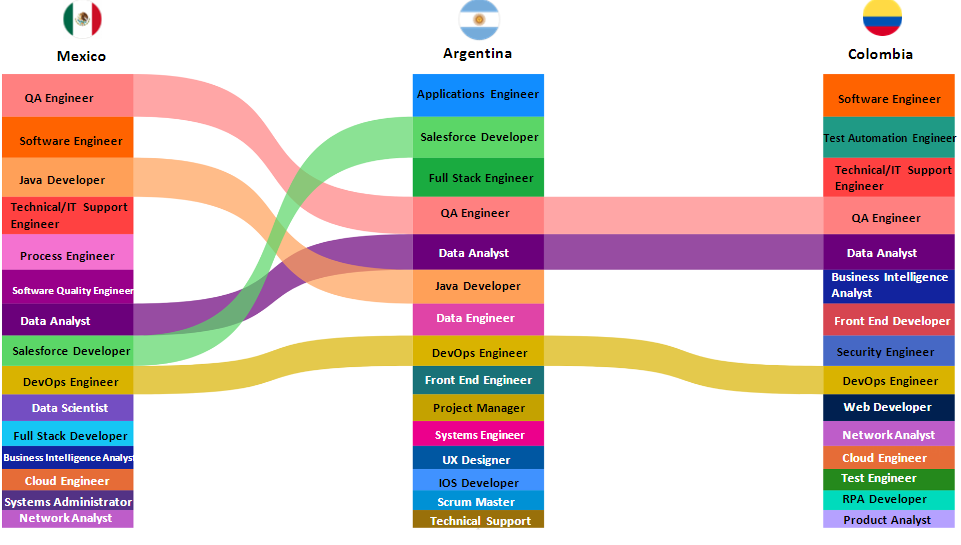 But time and again, these experiments have worked.  Within the US, Dallas, which has significant IT talent, has the potential to become a significant Software hub

Predictions are difficult, especially about the Future.  But if we are to predict, we must keep the assumptions granular and detailed.  For example, the word Software Hubs itself is incorrect.  We have to look at it as Backend, Frontend, Data Infrastructure, AI/ML, and so on. 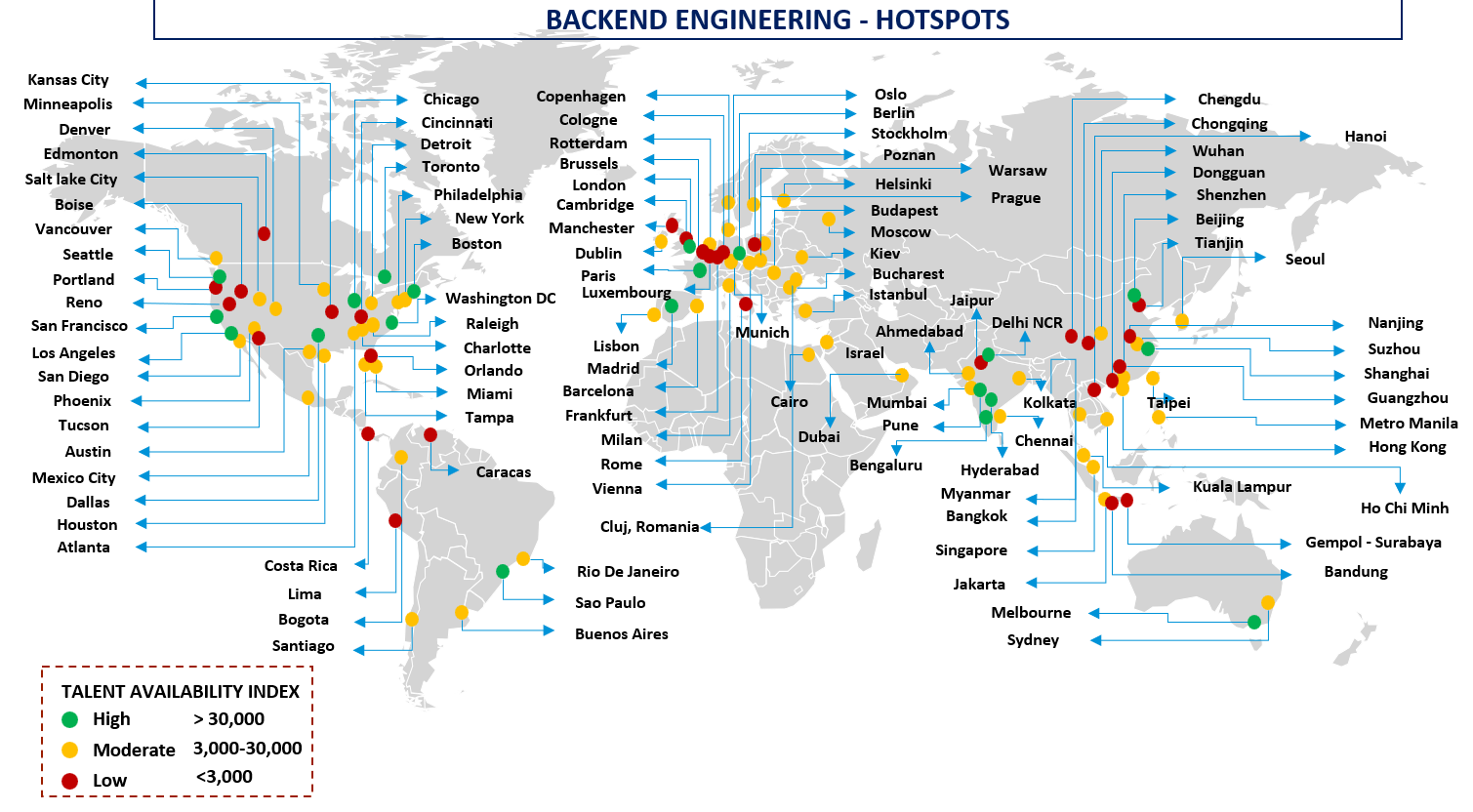 As a result, we have to understand this Digital taxonomy.  Digital is not just software.  They also include several Digitally Enabled Roles.  We present this taxonomy so Recruiters and Workforce Planners can use this as a Mind Map to place the various capabilities.  (again, this is given as a directional taxonomy of how the Digital world is trending)

The Future is already here – it is just not very evenly distributed.  (William Gibson, Writer).  It is our job to experiment, innovate and bring equity.  Recruiters and Workforce Planners have a considerable role in this.