In a paper by Daron Acemoglu and Pascual Restrepo titled Automation and New Tasks, the authors point out that it is not those brilliant technologies that we need to focus on, but the “so-so” technologies that bring productivity improvements can bring in the optimal labor efficiency.  Understanding and mapping efficiencies are very critical as we look at the global labor market.  This week we conducted very comprehensive studies and discussions on wage inflation across several regions, including APAC/APJC, Latin America, and North America

Note:  A red hot labor market may fuel further inflation, as per the experts, but that is outside the context of our focus areas.

Cost of labor will dominate the discussions in evaluating global markets.  A few cost-optimal strategies can be adapted.  The following are the two strategies at the top of our minds

Many companies do not follow the strategy of hiring early career talent from lesser-known universities/colleges in a uniform manner.  This is because of the long-range planning required to execute this.  But with detailed research on the opportunities from Draup, you may be able to accelerate this.  In locations like the US, targeted community colleges also have great programs.

Rapidly accelerating the data skills across the enterprise will future-proof the skills required to a certain extent.  Data-skilled organizations can readily transition into all the technical skills (for example, an SQL data analyst migrating into Software Engineering).  Mapping out the data skills required across the layers of management and infusing data courses will provide the required labor efficiency as well. 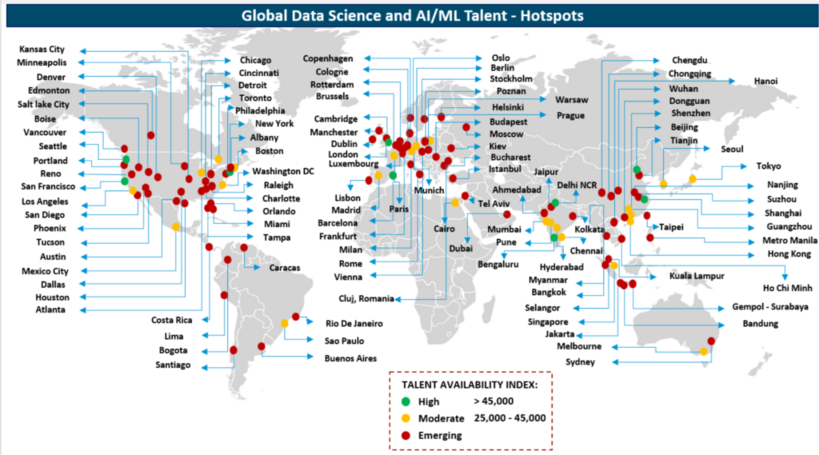