Solving the Demographic & Upskilling Challenge in the War for Talent

The pandemic taught us that journey toward AI and Automation initiatives is not a Race against machines but a Race with Machines.  Through its challenging journey, the world learned that humans are very much at the center of the fourth industrial revolution in which we currently live.  As some companies optimize staff and downsize, they are also anxious about hiring the right talent.

Look at the reversal of Microsoft’s decision regarding hiring in China.  US technology giant Microsoft announced plans to expand recruitment and upgrade its campuses in China on Wednesday last week.  Many US businesses, including chipmaker Nvidia, plan to expand their presence in the Chinese market, despite the US decoupling push.  Microsoft plans to upgrade its campuses in Beijing, Shanghai, and Suzhou, East China’s Jiangsu Province, over the next three to five years. Microsoft plans to grow to 10,000 FTEs in China in 2 to 3 years.  This action shows the kind of pressure companies are under to access the right talent.  The initiatives we laid out during the pandemic around aggressive talent acquisition, reskilling, and moving aggressively toward Human Centric AI are, therefore, still valid even with a softer economic outlook.  Getting AI and Automation to work at the level they can be very effective is a long labor journey.  We talked to a few HR professionals who underwent low-code/no-code training, and they reported they are not as ready to use as they are marketed.  Another aspect companies are realizing is even if AI and Automation are fully effective, the role of humans will be pushed to higher order task activities (and there is plenty of those already evolving).

Here are some interesting global labor trends for the week:

As you can see, the war for the right talent is very much in high gear.  Another challenge facing developed economies in the western world is the natural workforce challenges associated with demographics.  The proportion of people closer to retirement age needs to be understood at a company level.  The following plot shows the demographic challenge.  The green line shows the proportion of the working-age population as a % of the total population.  The blue line shows the proportion of people aged less than 15.  (This is the definition followed by OECD -Organization for Economic Co-operation and Development).  The working age population is defined as those aged 15 to 64.  This indicator measures the share of the working-age population in the total population.  The youth population is defined as those people aged less than 15. 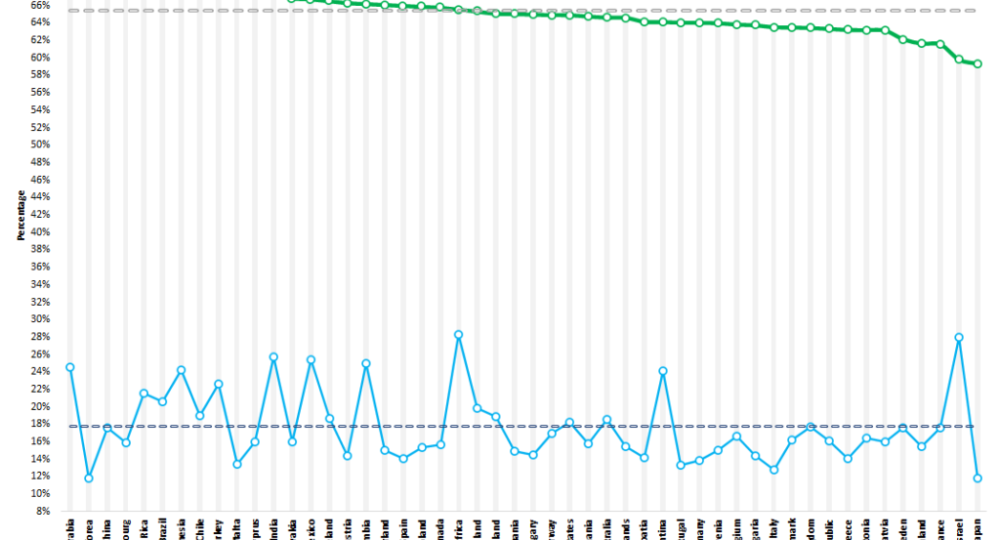 We are very much in a state where reskilling and upskilling should be the focus.  Some experts used the term “Perpetual Acceleration” – a state in which we need to be – to drive innovation and win the market.  The following slide shows the list of activities that HR leaders should consider undertaking.  Recruiters and Workforce Planners can play a significant role in developing Pipeline Talent.  Existing internal talent may also play a critical role with the right level of reskilling and upskilling.  AT&T did not get enough recognition for the reskilling they focused on when the wireline business became wireless in 2013.  AT&T’s strategic office designed a vast-scale reskilling program in 2013 to handle this labor migration from wireline to wireless.

Key metric the strategy office reported to the CEO:  Number of people actively learning new skills at any given time

I highlight this (even though it is a dated case study) because it should have been challenging to execute at this scale.  If we can focus on skills architecture, talent intelligence, and the right talent to hire by leveraging WFP and Recruitment, we can create a significant impact on the organization. 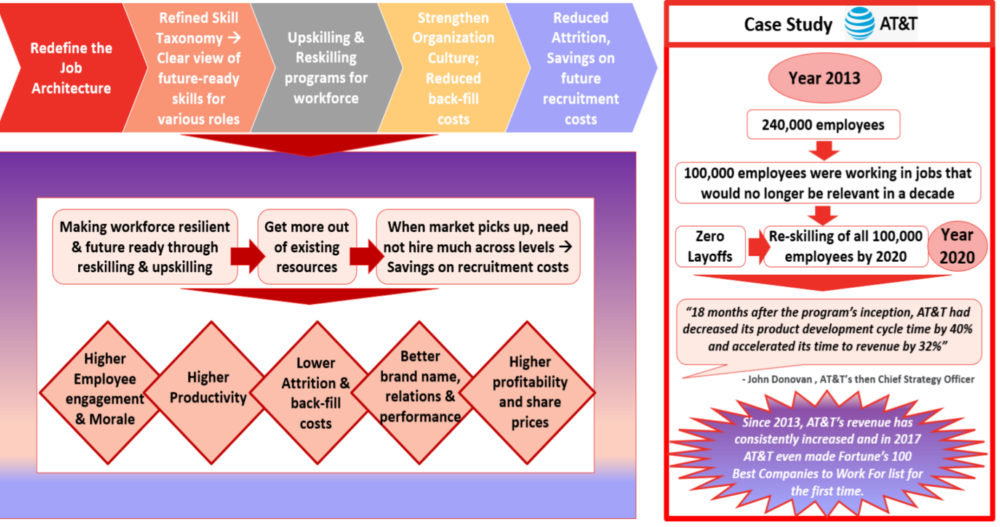