Exploring Strategies to Increase the Rate of New Applicants

The discovery of insulin is considered a miracle in the world of science.  In 1922, a trio of scientists at the University of Toronto discovered a method for extracting insulin from the pancreas of cows.  Scientists Fredrick Banting, Charles Best, and James Collip administered this to a fourteen-year-old boy named Leonard Thompson.  Within hours the blood sugar stabilized.  Soon after, the trio visited a large ward of hospitals and administered insulin.  The story gets even more interesting.  The trio sold this patent to the University of Toronto for just 3 dollars!  ( From the book The raging 2020s by Alec Ross).  The insulin production was later switched to synthetic materials and was produced at scale.

But there is more to this story.  This innovation did not materialize as a miracle as many believed.  Scientists studied many animal models and thought about this problem for years.  It did not happen overnight.  In other words, it was developed by Trial and Error.

In 1967, Herman Kahn developed a framework to think about the future in the book titled The Year 2000– A Framework for Speculation of   The book listed about 100 technologies that would be implemented by the year 2000.  Many did not materialize (Undersea colonies, permanent lunar installation, individual flying platform, to name a few ).  But it stretched the imagination to the boundaries of knowledge.

One of the metrics where we want to stretch our boundaries of imagination is increasing the rate of Applicants Flows.  How can we adapt new techniques to improve applicant flow?  A few are listed here, and we hope you find them helpful.  Draup originally published this in November-2021, but more channels are added.

When Facebook (Now Meta) lost its Chief Product Officer, Chris Cox, in March 2019, the product roadmap took a severe hit.  Facebook tried several strategies but went back to Chris Cox, resolved the differences, and brought him back.  This is an example of senior talent, but sometimes the value of Boomerang talent is exponential.  A 100 member software team loses about 10 or 15 people or more in a year.  Over five years, that is 70+ resources.  Where are they going, and what will it take to bring them back?  Detailed analysis on the causes of why they left and what has changed in the meantime could be a beneficial strategy for talent acquisition.

2.0 Improving the experience of Job Descriptions

Can we make our career pages exciting and provide more slicing and dicing.  A quick study on what are the standard filters we find.  Adding videos to each job description may be considered. 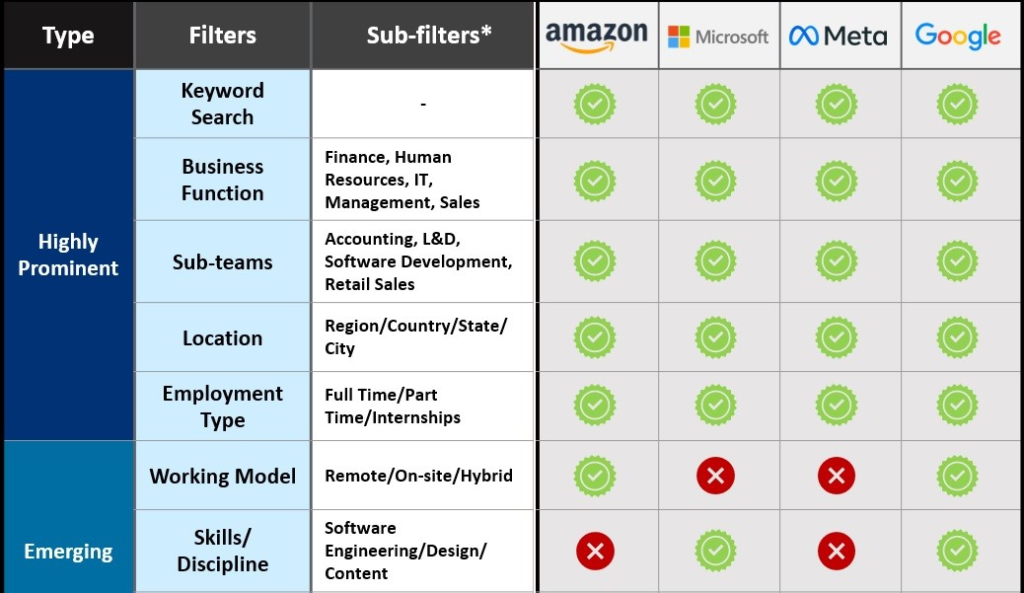 One insurance company struggled to find a computer vision engineer.  We assembled several professors who specialize in that area so that the company could reach out to see if any post-doc students could be hired.  Developing a targeted professor database organized and tagged by expertise will be very helpful.

Let us say you want to hire Salesforce Developer.  Developing a map like this will be helpful.  This helps you move away from keyword search to contextual search. 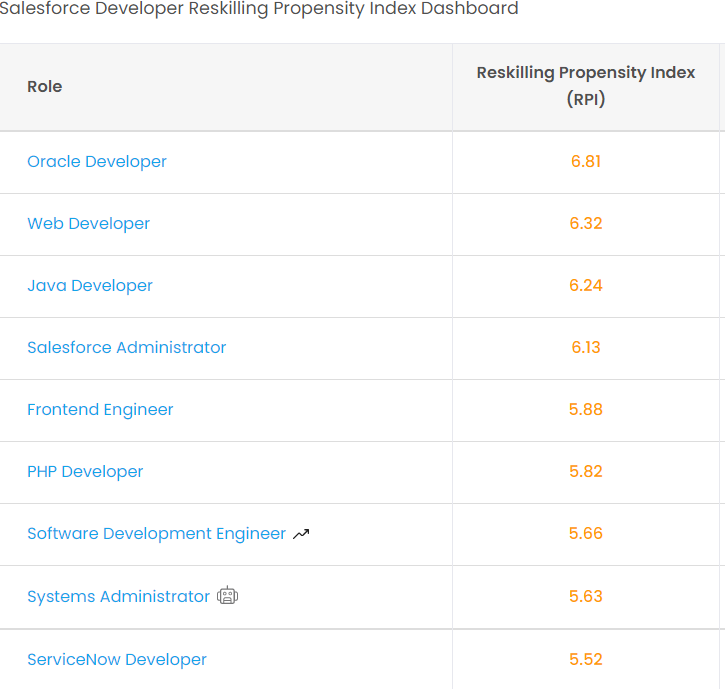 By having a dedicated command center team, signals can be monitored to target specific companies that may go through significant disruption from time to time.  Recently, as an example, Peloton was in the news of the disruption cycle.  We do not want companies ever to experience this, but monitoring layoffs will mean you are creating opportunities.  Signals to monitor that Draup can support

There is a refresh of jobs worldwide in all large labor economies.  In the US alone, estimates show that about 18million plus people have quit their jobs beginning April 2021.  But how can we plan and target talent differently?  Here are some of our thoughts