Building and Scaling the Talent of the Future

Douglas Irwin, a trade historian at Dartmouth College, states that Centrifugal and Centripetal forces pull the world together or apart.  This statement perfectly describes what leaders’ sentiments are when it comes to building and scaling the talent of the future.  There are several cases for Enterprises to build skills across various job families.  Some forces around inflation and supply chain are against whether that is the correct strategy.  To fully understand this,  let us look at some structural changes that happened from the labor market perspective in the last 3 to 5 years

Across all other previous labor market stress periods, the role of Workforce Planners And Recruiters is at an all-time high.  There are several reasons for this

What can we do in such a complex scenario (where you need quality talent at the most optimal cost)?.  Here are a few opportunities.  Three short-term and one long-term opportunity are presented

1.0  Amplify Apprenticeships and Internships: A solid Internship and apprenticeship model in a high university ecosystem can be very beneficial.  Many tech companies have benefitted from this model for developing complex code at a lower cost

2.0  Recruiter Operating Blueprint:  Draup can build a list of companies you can target for specific skill clusters.  An example list is given below.  Depending upon your requirements, such a Blueprint to target companies by skill clusters will prove very valuable in the short term

3.0  Conduct Role level/Skill Clusters- Location Level benchmarking.  It may be helpful to understand what peers are paying and where the opportunities are in highly scaling roles like Data Engineering/Cyber Security and other various specialized skills clusters 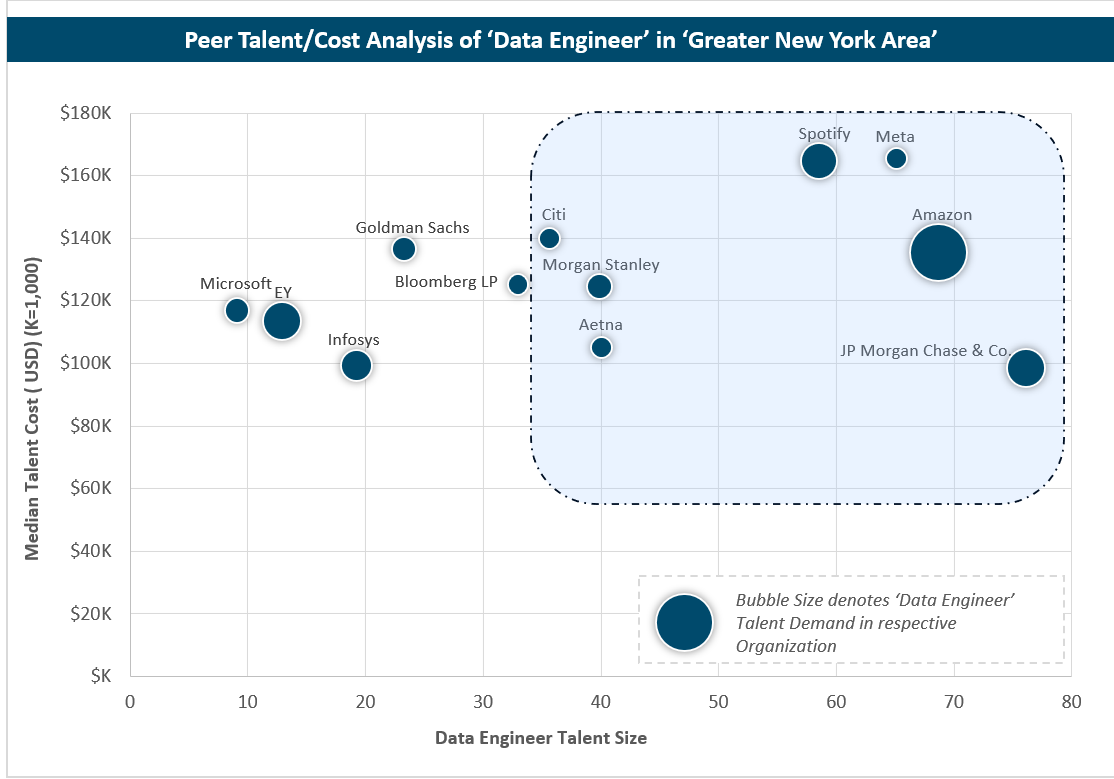 4.0  Define your Africa Strategy:  It is time we relooked at Africa.  The ecosystem is drastically changing, and it may be helpful to develop a point of view and write a white paper on this 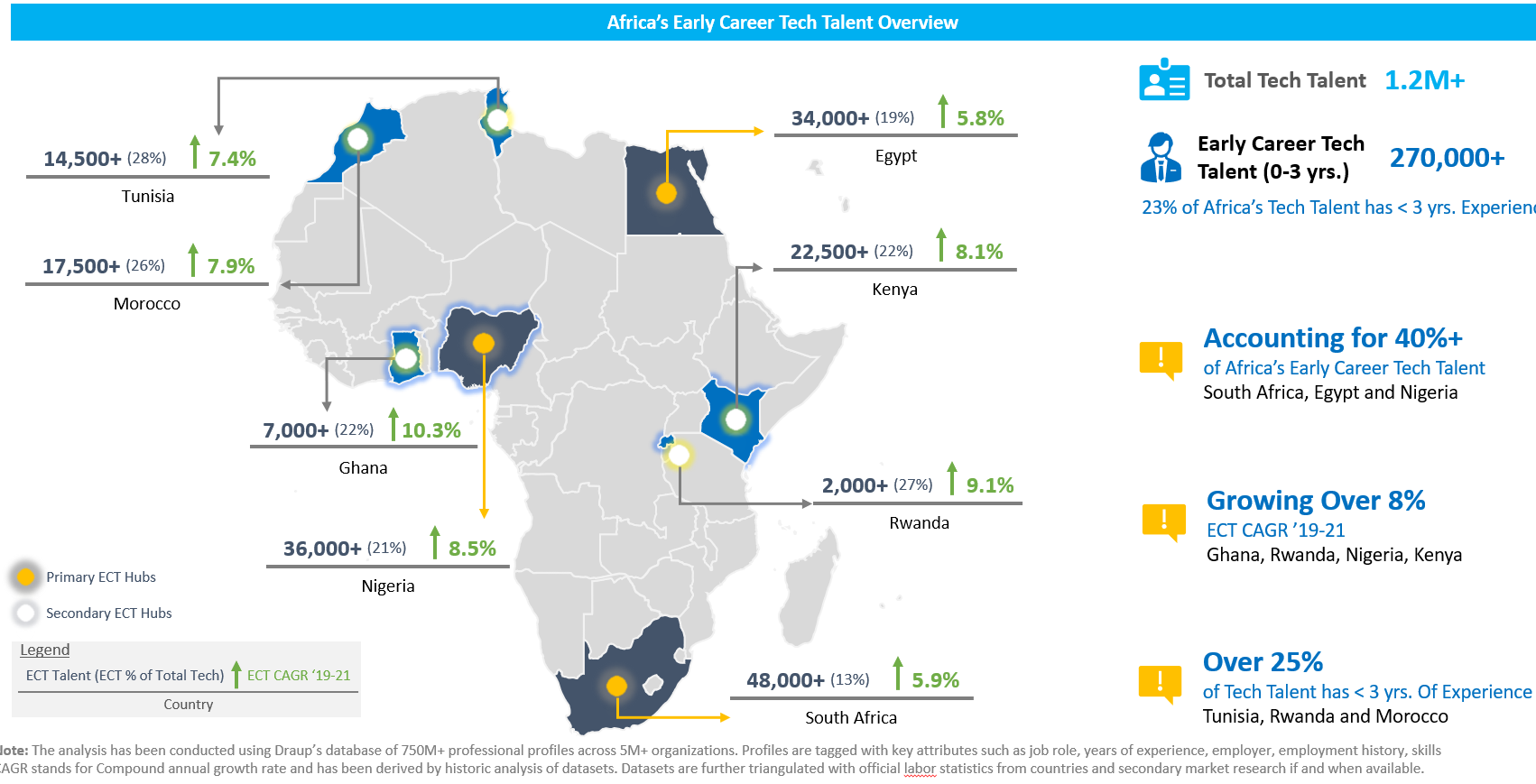