Last week, I conducted brainstorming discussions with a few global leaders with hiring responsibilities.  Here is a quick summary of the findings.  It is a small group of about ten companies, but the insights were valuable (directional value only)

Forecasting changes is a challenging task.  When companies face mixed economic messages from the market, we may get short-sighted.  But in Skills based economy, Recruitment, Workforce Planning, and People Analytics are as critical as Sales and revenue-generating functions.  Leadership may sometimes not feel that way, but we have rich data showing casing this aspect.  I have given this example before.  In 2009, both Tesla and Fisker Karma were on an even setting.  Many industry leaders were betting in favor of Fisker becoming the market leader for Electric vehicles.  Tesla ran into several issues in vehicle design.  If you recall, companies were worried too much about the economy in 2008 (rightfully).  Fisker Karma did not build a proper talent acquisition function, but Elon Musk developed an excellent talent strategy, even during the downturn, with the help of his team.  Elon Musk brought in one of the World’s top Vehicle Engineers, Peter Rawlinson, and the rest, as they say, is history.

Dr. Suzie Sheehy (Australian Physicist) presented a riveting webinar a few days back on the physics experiments that changed the World.  Dr. Sheehy referred to a quote from Lord Kelvin that surprised me.  When asked about the prospects of physics in 1901, Lord Kelvin said this:

“The future truths of Physical Sciences are to be looked for in the Sixth place of Decimals” – Lord Kelvin,1901

Through this quote, Lord Kelvin declared that fundamental scientific progress is already made, and we will only make incremental refinements.  From a forecasting perspective, this was dramatically wrong (no disrespect to the genius physicist), but one can certainly understand how even top leaders of the field can get caught up in the moment.

Another point of view shared by Dr. Sheehy is the limitations of forecasting through a narrow dimension.  A series of futuristic pictures by Jean-Marc Côté and other artists were issued in France in 1899, 1900, 1901, and 1910.  Originally in the form of paper cards enclosed and, later, as postcards, the images depicted the World as it was imagined to be like in the then distant year of 2000.  One such visual is what will happen to the future of tailoring. 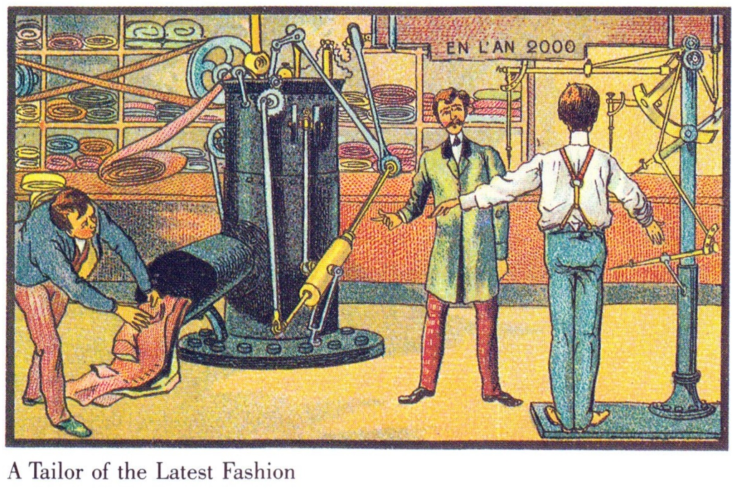 Note:  This image is from a website called publicdomainreview.org (copyright-free images are here that can be useful for your presentations)

Due to the influence of mechanical automation, the future of tailoring was imagined as a Mechanical wonder.  There are no electronics or semiconductors imagined.  This type of forecasting is also a problem.  The best forecast is, therefore, the one that includes proper research and getting a blend of insights from different leaders.  To accurately design your talent strategy, Job Architecture must be relooked immediately.  Each Function evolves differently.   Here is our latest point of view on People Analytics roles and skills

Mapping Workloads that influence the Function (People Analytics in this case) 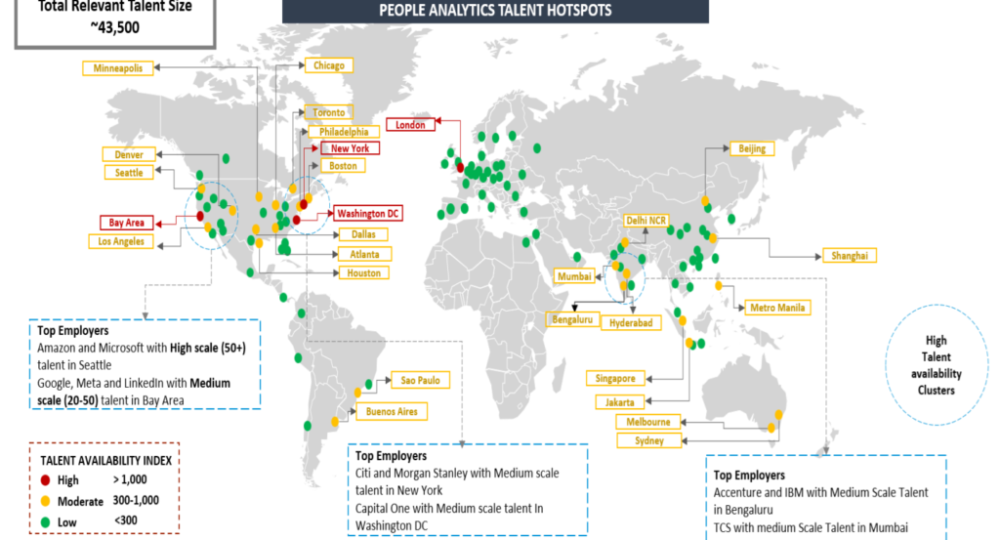 Mapping new roles due to the impact of Workloads (Digital Marketing)