The war for Global talent has been heating up for a while now, but I think it is safe to say that it has reached its boiling point. Let us look at the instances of Global reach by companies for talent

All this means that the job of Talent Intelligence and Recruitment professionals are becoming challenging. (Big Tech companies are also targeting to hire good recruiters – so times are challenging for digitally transforming Enterprises – hold on to your Recruiters at any cost) With every challenge comes an opportunity.

One such pioneer who converted a challenge into an opportunity is Warby Parker. Warby Parker was founded in 2010 with a lofty objective: to offer designer eyewear at a revolutionary price while leading the way for socially conscious businesses. Every idea starts with a problem. Glasses are too expensive. One of the founders lost his glasses on a backpacking trip. The cost of replacing them was so high that he spent the first semester of grad school without them. Where were the options? It turns out there was a simple explanation. The eyewear industry was dominated by a single company that has been able to keep prices artificially high while reaping huge profits from consumers who have no other options. Warby Parker created an alternative. By circumventing traditional channels, designing glasses in-house, and engaging with customers directly, they are able to provide higher-quality, better-looking prescription eyewear at a fraction of the going price.

Recruitment is facing a Warby Parker moment of the eyeglasses industry. A few big tech players are dominating the scene. The challenge can be met with comprehensive talent intelligence and digitally savvy recruitment efforts.

Several innovative things have to be adopted

Santander, for example, showcases curated videos right when you view a particular job. Sometimes, they show the videos of existing practitioners of the job and make it more personal. 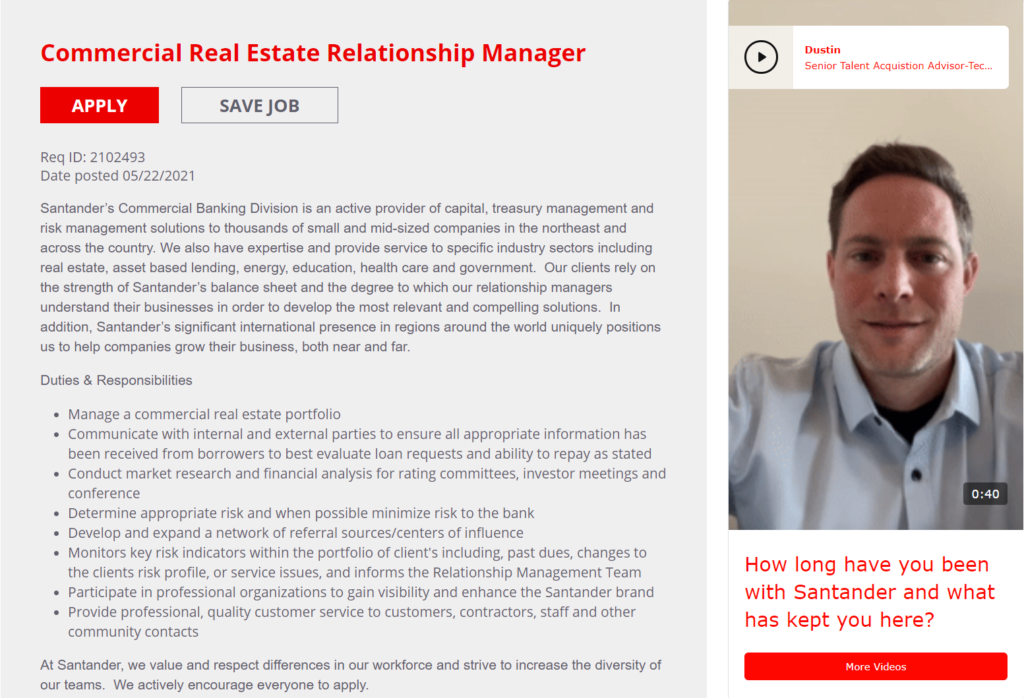 Available talent should be sliced through the lens of employee sentiments.  This part of the exercise is not well understood. Here is an attempt (but I am sure you will have better ideas on this)

This can be further built and analyzed, but hopefully, you get the point on how this can be structured and reviewed

Innovations in the assessment process

A Mini Delphi Approach:  In his latest book, Noise – Nobel Prize Winner Daniel Kahneman suggests that Mini-Delphi rapidly accelerates the decision-making process and improves the forecast.  It is also called Estimate – Talk – Estimate.  In recruitment terms, When a candidate is assessed, this process requires participants to produce a silent estimate and then talk about why they provided such estimates.  Post this talk; they get an opportunity to revise the silent estimate one time and publish the final estimate (candidate score, for example).

A Warby Parker moment could be evaluating the candidate without the typical process through big data alone. If the background checks are good, roll out offers for three different roles and let the candidate pick one!.  That may be indeed out of the box and innovative, but no harm in trying that.  After all, human judgments have variability, and you minimize that to a certain extent by giving a choice to the applicant