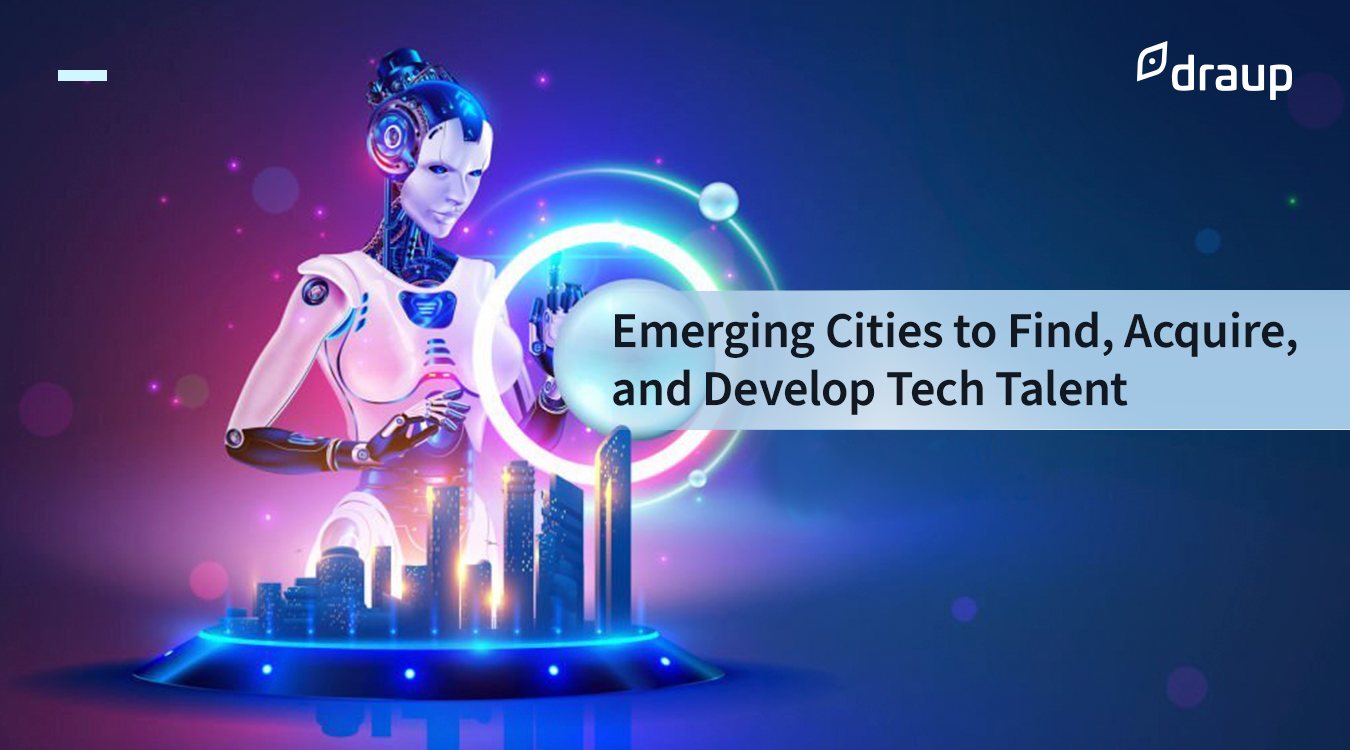 Top 10 Emerging Locations to Hire the Next Tech Talent

Tech talent has become valuable for all industries. In this era, we have understood that work can happen anywhere and beyond Silicon Valley, where innovation, investment, and tech talent are rising.

Silicon Valley has held its dominance and has attracted IT talent and opportunity. In 2019, 58% of the region’s GDP was generated through tech-related businesses. However, talent acquisition teams are looking at plenty of global cities supported by several other factors.

Rising taxes and rents, increasing prices in mega-talent hubs, tech-focused government policies, and increasing adoption of remote and flexible working conditions have pushed talent to stay where they are or move to emerging tech hubs.

These new and emerging tech hubs have done their part in curbing brain drain, plug talent shortages, and expanding access to global labor markets. Let us look at a few global cities where companies across sectors find tech talent.

Here are ten global cities where professionals are moving to find jobs in technology.

Toronto is one of the fastest-growing tech hubs in North America. One of the largest cities in Canada, it has added more tech jobs than any other hub in North America and is often referred to as the Silicon Valley North.

The University of Waterloo and the University of Toronto are among the premier universities producing some promising engineers and developers. The tech talent here costs less than half that in San Francisco and about 50% less than either New York or Seattle.

The city ranks high for tech talent and funding, with 171,000 tech workers fuelling Mexico City’s economic growth. Besides, many US-based tech companies have looked at tech talent in Mexico City for the past decade. The city gained prominence due to its qualified developers and ICT professionals.

The number of tech jobs is only set to increase.

São Paulo is an important research and innovation hub in Latin America. It is Brazil’s growth engine, a reason why big companies are considering this city to hire from its excellent tech talent pool.

Established tech companies like Google, Uber, and Airbnb have their Brazilian HQ in the city. The city is a startup hub also and is nurturing some of the country’s largest startups. Real-estate startup VivaReal is based here, and along with other startups, they hire from the University of São Paulo and other universities that churn out skilled talent.

The sixth largest IT market in the world is also first in IT investments in Latin America. Brazil has over 500,000 software developers.

Buenos Aires is an IT and software development hub in South America. Due to its tech talent, the city draws investment from US-based companies and significant interest in outsourcing their jobs here.

It is an emerging IT talent hub, and in 2020, a survey found that 86,722 people were employed in different tech jobs. Young Argentinian unicorns like Libre, Auth0, Globant, and Mercado have provided growth opportunities to the young talent here. The tech talent is also helping startups to evolve rapidly, due to which new graduates and experienced professionals strive to work here.

As per research, Manchester is an upcoming talent hub, and companies are hiring from this city due to the lower cost of living than the United Kingdom’s capital. The same research has found that London’s tech workers could move to Manchester in the next three years.

Over the years, we are seeing the likes of Google, Amazon, Airbnb, and Dropbox hiring tech talent from Dublin. As 10% of Dubliners are developers, it has become a magnet for leading tech firms. Many of them, including collaborative workspace platform Notion, are using Dublin as their EMEA HQ due to its growing talent pool and easy access to the rest of Europe.

The Indian IT industry is renowned for its highly skilled tech talent and English-speaking software engineers and programmers. Its IT industry is projected to reach USD 300 Bn to USD 350 Bn by 2026, growing at 10% annually.

Digital services account for roughly 30% of the industry but are expected to reach 50% within 2026. India is expected to have the world’s largest app developer base by 2024. While India has tech clusters in Chennai, Hyderabad, Pune, Mumbai, and Delhi, Bengaluru is at its heart. As of July 2022, Bengaluru had 39 of India’s 100+ unicorns.

Talent from other Indian cities moves here due to affordability and opportunities. It has attracted the attention of investors and corporations alike, making it a powerhouse for tech talent and investment. The city is host to over century-old technology and science universities, adding to its research and development quotient and ranking it high for knowledge metrics.

With 114,536 tech professionals, Nigeria ranks third for the number of developers in Africa, driving the country’s steady tech growth. As per a report in 2019, Fintech and EdTech in Nigeria added to the tech growth.

The city attracts talent from all over the country and is referred to as Africa’s Silicon Valley. The city’s Yaba district is among the many tech communities in the city. The city is also known for its innovation quotient, where individuals come up with solutions to everyday challenges.

Dubai is an upcoming tech hub and hosts many upcoming companies in artificial intelligence, blockchain, and aeronautics. As of 2021, Dubai Internet City, an information technology community, employed around 25,000 people in more than 1,600 companies.

Known as Silicon Savannah, you can find promising tech talent in Kenya. As per a report, Kenya is only behind Nigeria in equity funding from VC firms and is one of Africa’s tech startup cities. The establishment of offices by Google, Microsoft, Intel, IBM, and Cisco Systems endorses this fact. Its 51 tech hub has an increasingly connected workforce.

The Eastern European country of Estonia is fast becoming a European startup hub. Tallinn is full of technical talent and has one of Europe’s largest pools of tech employees per capita. Some successful tech companies, including Skype, have a base in Tallinn.

With a successful ‘digital nomad visa,’ it has attracted tech investments and tech entrepreneurs from around the world. The city is a hotbed for talent in location services, electronics and hardware, STEM, and cybersecurity.

At one time, Malta was known only for its beaches and weather. It is now known as a ‘blockchain island.’ The Maltese government has made laws and regulations favorable for cryptocurrency companies.

Additionally, the University of Malta is popular for producing artificial intelligence and blockchain talent who graduate with AI, technology, and cybersecurity skills. This small country holds a lot of promise in terms of tech talent.

To achieve strategic goals, talent acquisition teams can use crucial insights on talent size, cost, ecosystem maturity, and many more. They can extract data on talent characteristics at a given location and adapt to changing times while jumping the diversity bandwagon. 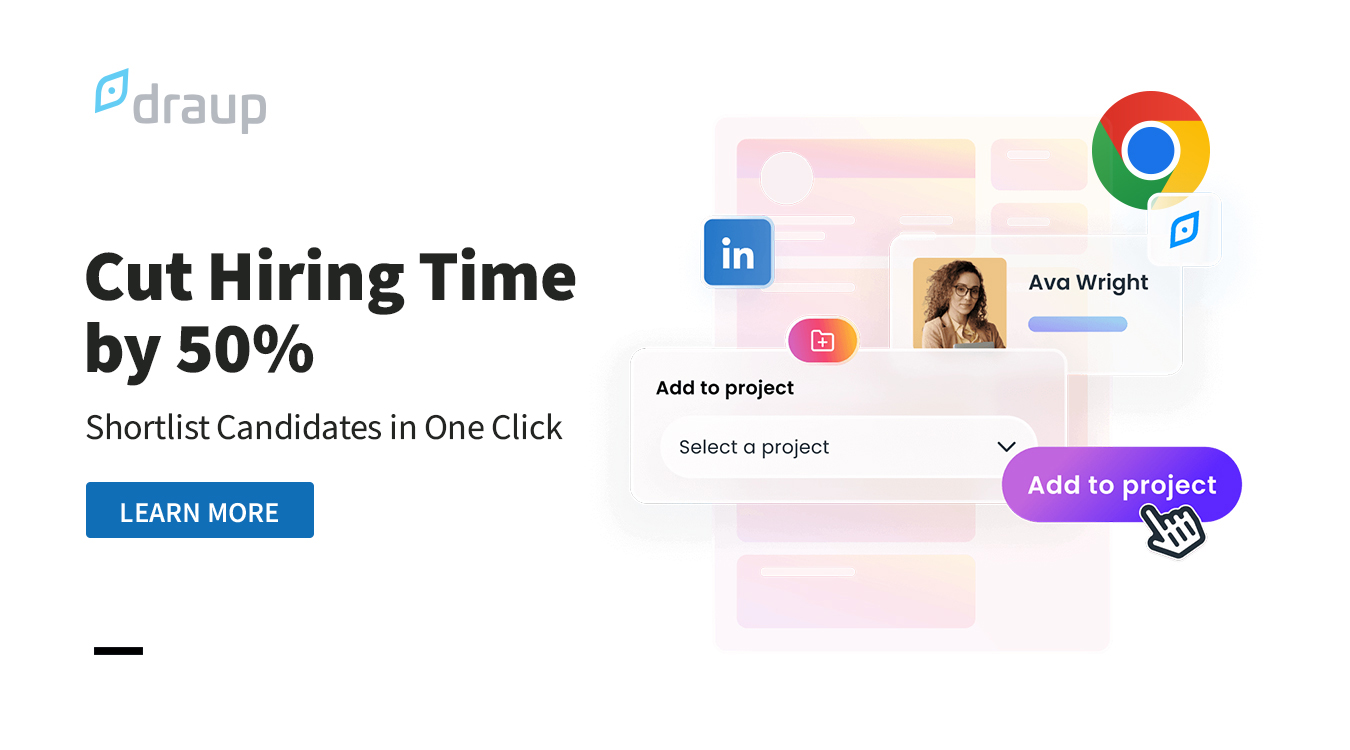 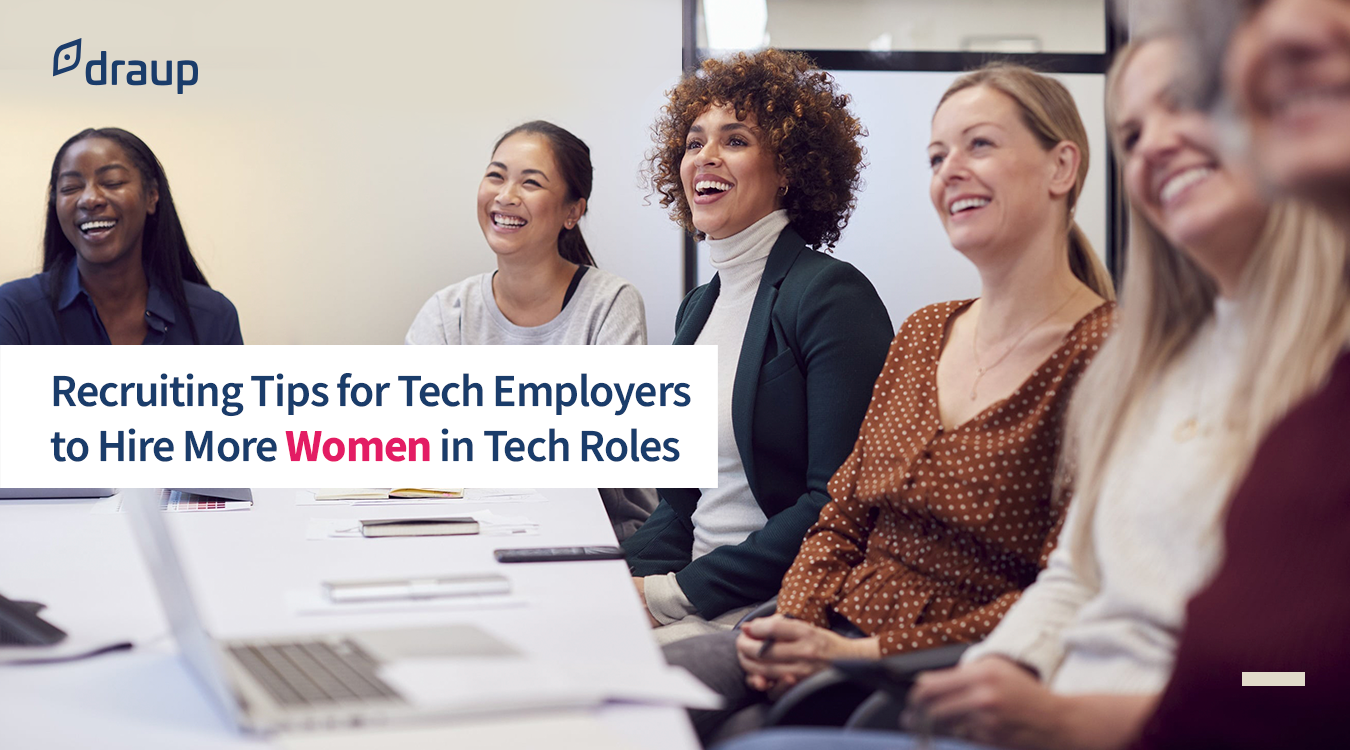 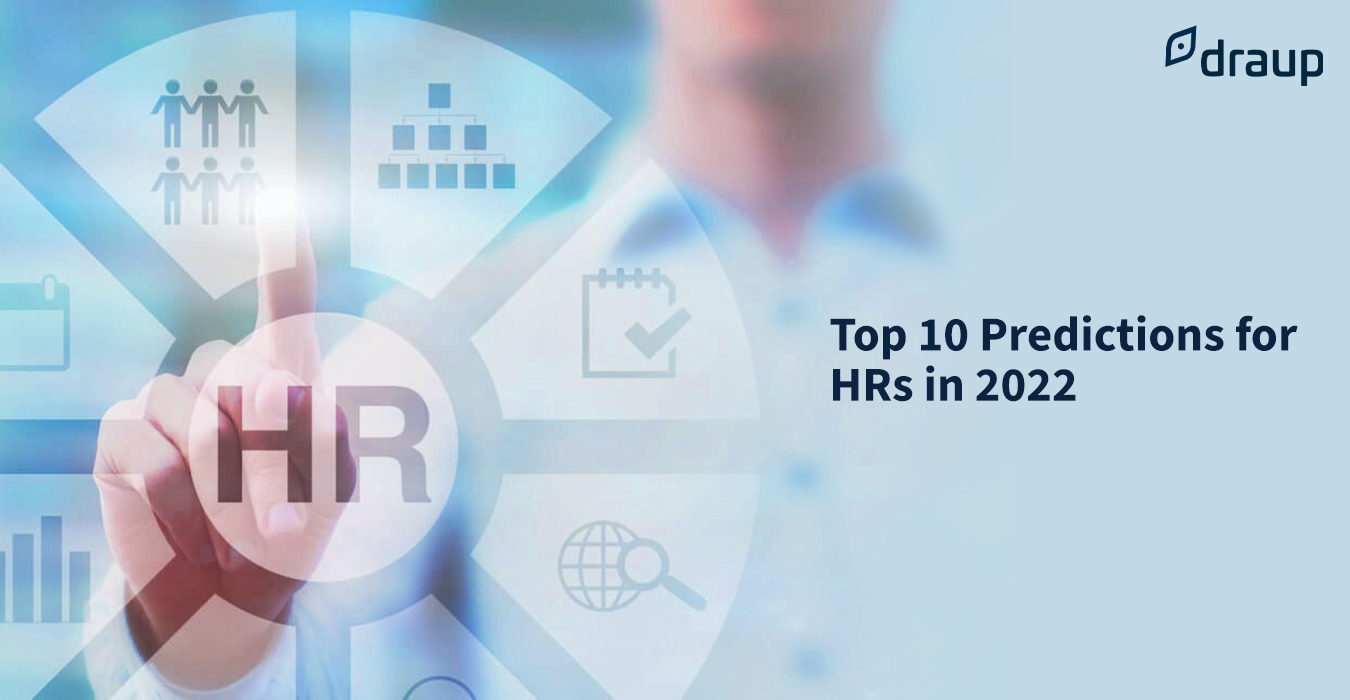 The Future of HR : Top 10 predictions for HRs in 2022
Talent ManagementTalent Acquisition