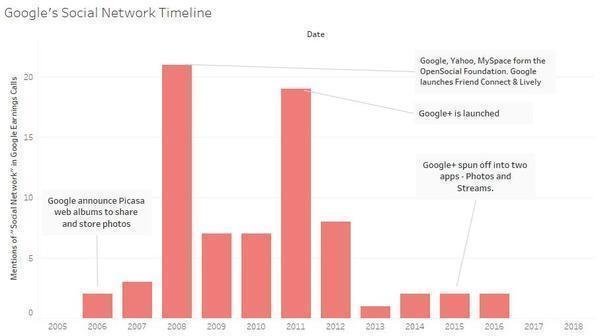 Mentions of Social Network in Google Earnings Calls last peaked at the release of Google+ in 2011 Since then the mentions have steadily decreased and there has been no chatter in the last 2 years after Google+ was spun-off Google’s social media plays were a direct response to the threat posed by Facebook.The primary reason that their initiative failed is that instead of solving problems for their users, Google’s social media features were mainly introduced in competition to a feature launched by Facebook. As a result, Google+ only provides value by being a single sign-in source for other Google services.