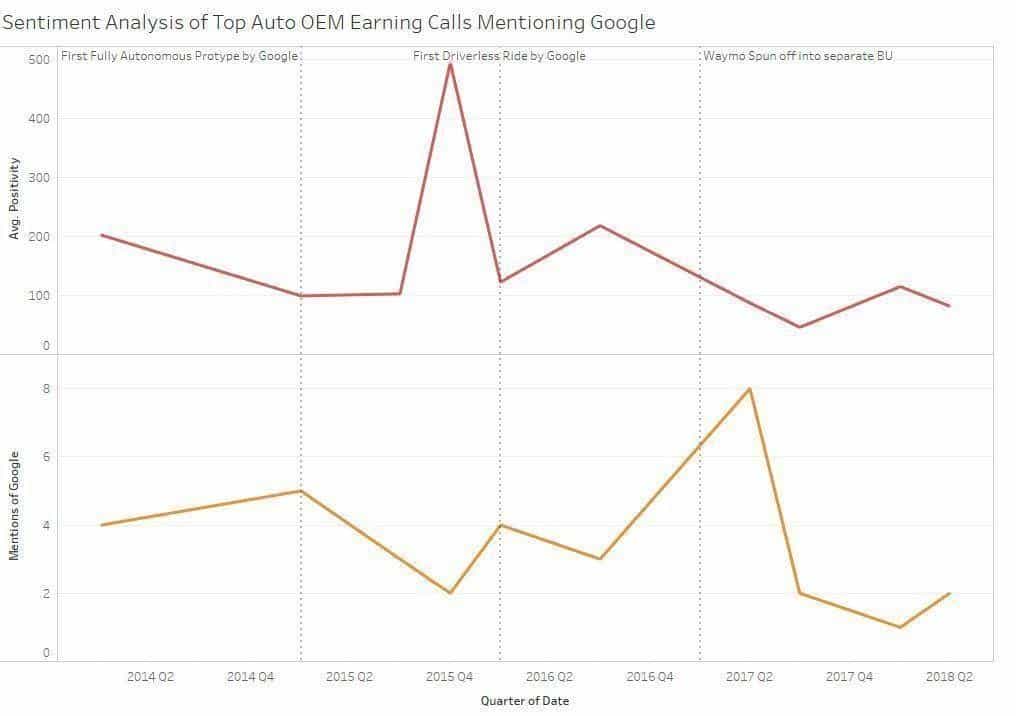 Mentions of Google & Waymo in Automotive OEM Earnings calls have seen consistent peaks and falls that correlate with milestones passed by the Google project. The sentiment associated with these mentions has largely been positive but average magnitude of positivity has been falling since 2016. Automotive OEMs started recognising Google as a major player in AutonomousVehicles when they began testing their prototype in mid 2014.By 2016, Google’s program had already successfully completed the first Autonomous ride when OEMs began their own entries into the market ( General Motors invested in Cruise Automation). Mentions hit an all time high in early 2017 as Waymo was spun into a separate BU and and began stealthily focusing on building partnerships and working on their Go-To-Market strategy.