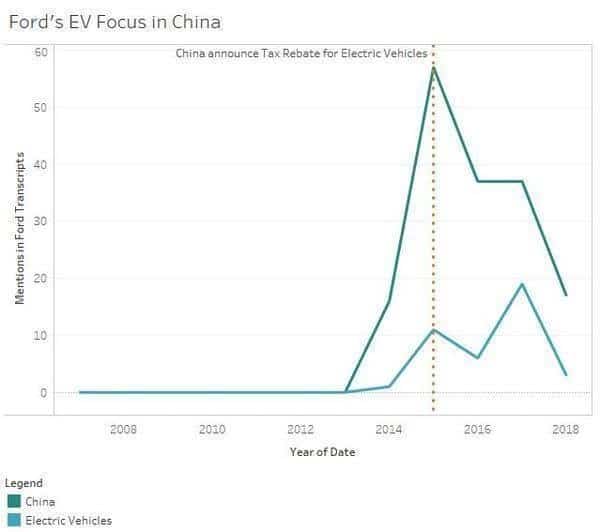 Mentions of China in Ford Earnings Calls has been rising rapidly since 2013 and peaked when China announced tax rebates for Electric Vehicles in 2015 In December 2017, Ford announced the launch of 50 new models in China with 15 of these being electricEx-CEO Alan Mullaly had tried to streamline Ford’s product line when he took over in 2006 by focusing on fewer vehicles and trying to improve efficiency. Since his retirement in 2014, Ford has made a U-turn on this strategy and are instead trying to boost sales by adopting an aggressive product and tech strategy in emerging markets such as China.